In this writing the author, a professor of restoration theory and technique, reminds the cultural and political choices promoted by Luigi Covatta, a former Italian vice-minister of the Ministry of Cultural Heritage. A 1991 long interview and a 2012 script of Covatta are the main sources of a survey looking at the birth of the Ministry in 1975: its problematic mission, its weak structure, the debate about the sense and scope of heritage and landscape preservation, mainly the creation and application of the socalled Carta del rischio (Risk Charter), the goals definition in spending the public funds. On all these issues, Covatta presents his experience and his point of view. An unpublished paper by Luigi Covatta celebrating the 40th anniversary of the Ministry is also published. 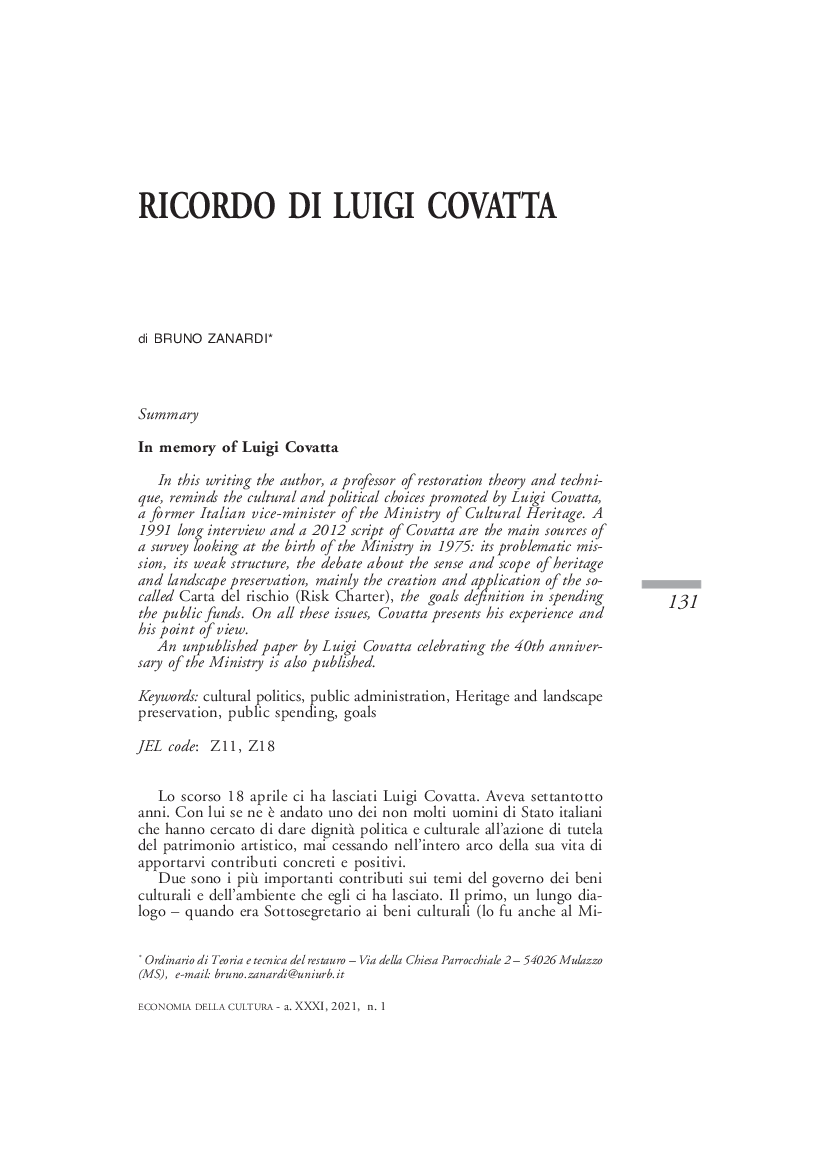