When, in 1991, the first issue of Economia della Cultura saw the light, culture economics in Italy was at least one decade old as a distinctive discipline, and culture policies – in the sense we conceive them today – where well established, if somehow limited, since a couple of decades at least. Culture economics in Italy, since its beginning, has always had a global and above all a European character, not only in the sense of the Union, but also in the broader sense of the Council of Europe. In this article, I will propose six non-comprehensive elements which characterized Culture economics in Italy for a long time and which correspond to significant shifts both in the domestic policies at various levels and in the evolution of the discipline itself. The Journal Economia della Cultura has been a forum for debate and shared research for all of them. 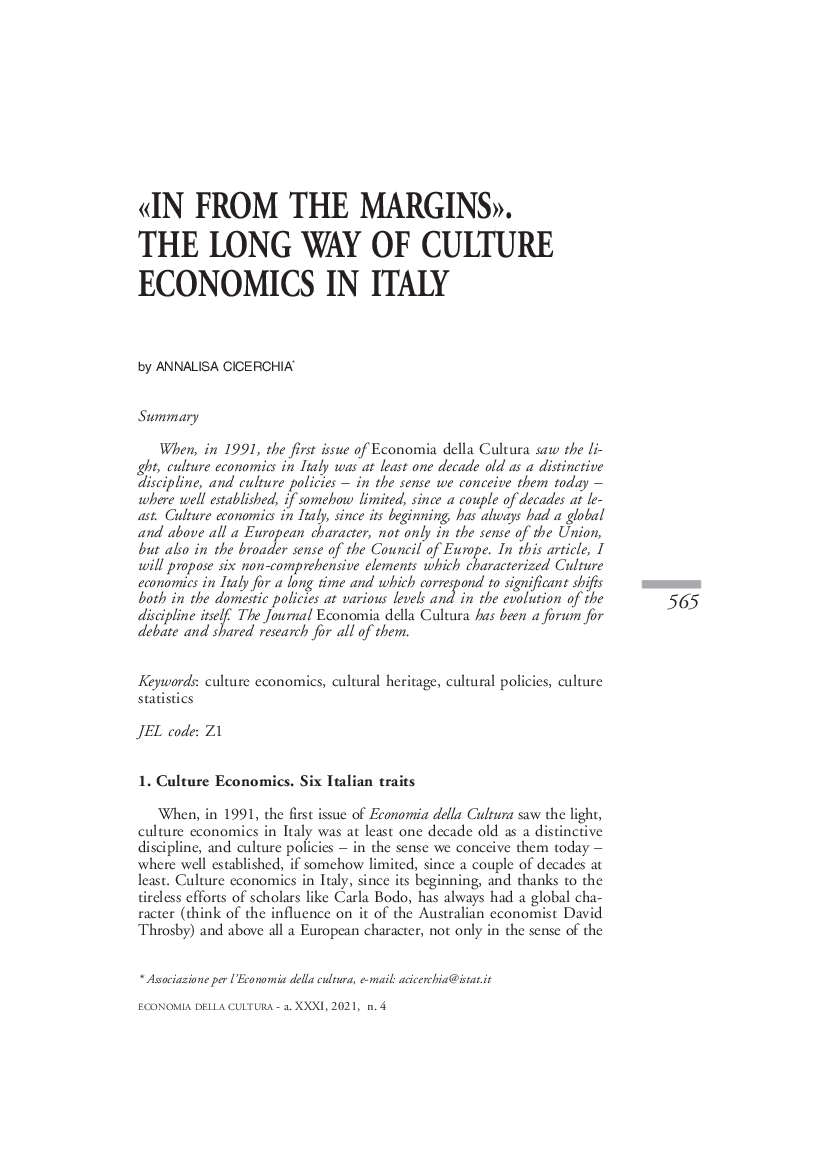