In recent decades, the link between culture and development has been at the heart of the various UNESCO conventions and programs. The notion of cultural district offers new perspectives for analyzing the role of UNESCO designations and their contribution to local socio-economic development. A first step towards the reconsideration of heritage in economic development processes takes place with the elaboration of the concept of Cultural Capital, Throsby (1999), where, for the first time, economic and cultural values are placed at the same level. The interaction between these two value systems helps to understand the role of cultural heritage in development strategies. Alongside cultural capital, another concept, that of a cultural district, has emerged in the economic debate, providing a complementary perspective on the link between culture and development. The cultural district perspective emphasizes the entrepreneurial and organizational dimension necessary for the production of goods and services that derive from cultural capital. Looking at the concrete ways in which the concept of cultural district can be linked to territorial development, the presence of one or more UNESCO designations in a territory represents a case of great interest and conceptually attributable to the theme of collective brands. 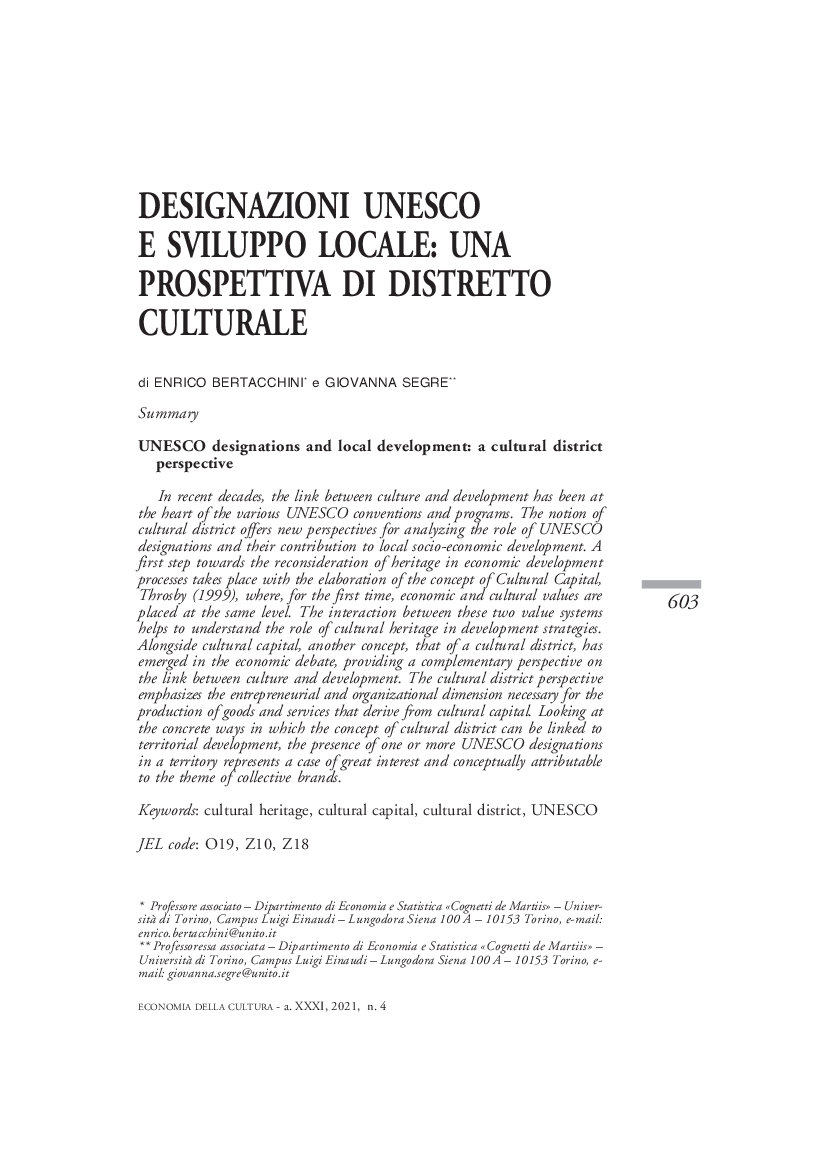