Forecasted figures and resources that will be dedicated to the European television industry, especially advertising in the five largest countries (F, G, I, S, UK), form the basis for an analysis of the Italian television market. This market is divided between general programming, far and away the dominant sector - controlled by the Rai - Mediaset duopoly for the last two decades - and Pay-TV, which is growing but still far from the penetration achieved in other European nations, such as France and Great Britain, and limited by its relatively low level of subscribers, turnover, and operating results. Special attention is devoted to public television revenues: in 2000, advertising revenues exceeded revenues from subscriber fees. 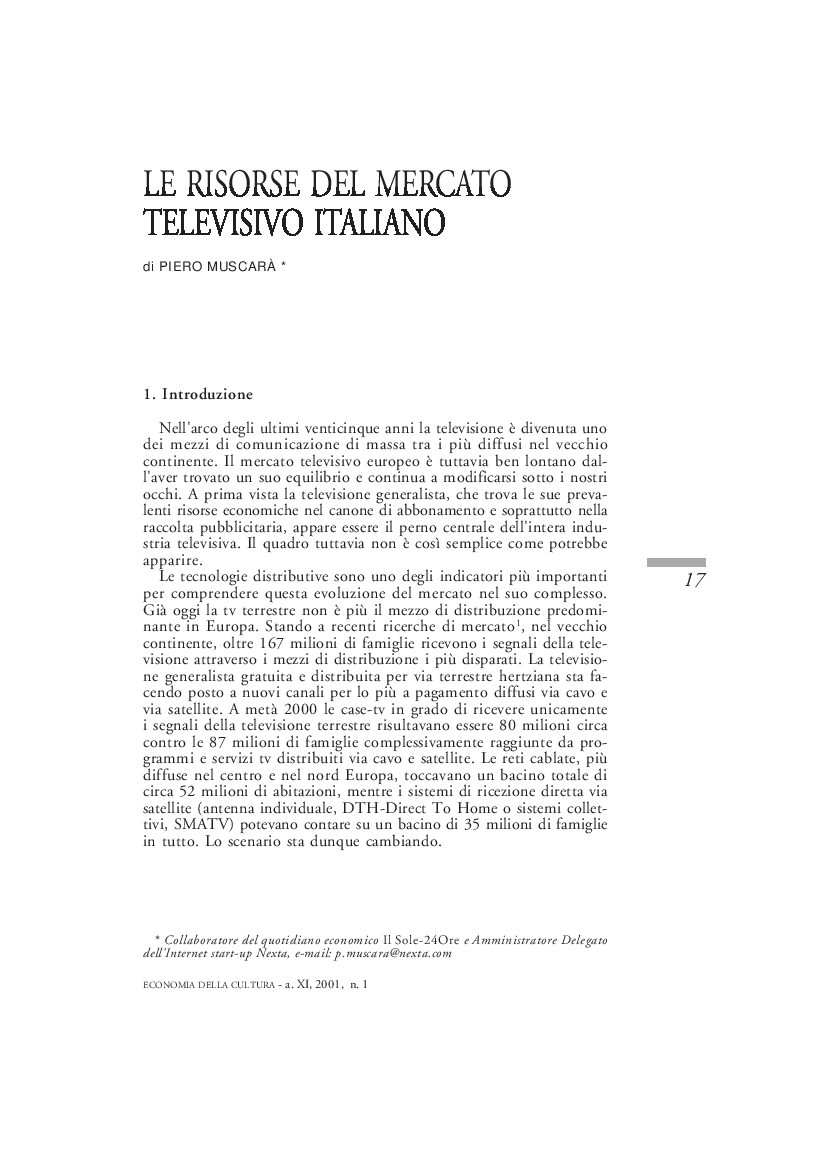