The author addresses the thorny problem of the relationship between State and Regions, and their respective jurisdiction over the performing arts. He outlines the key events, from the «second decentralisation» imposed by Presidential Decree no. 616 of 24 July 1977, which opened up the possibility for action by regional and local jurisdictions in drama, music and film, to abolishment of the Ministry of Tourism by public referendum, which would then impose reorganisation of the public laws regulating performing arts, as defined in Law no. 203 of 30 May 1995, to the reform of Title V of the Italian Constitution. Turning to the financial crisis of the FUS-Unified Performing Arts Fund, the article then addresses the issue of how a restructuring of the FUS acceptable to everyone and collaboration amongst all institutional jurisdictions can be achieved. More specifically, the possible forms of involvement by the Regions and local entities at the legislative level are analysed. 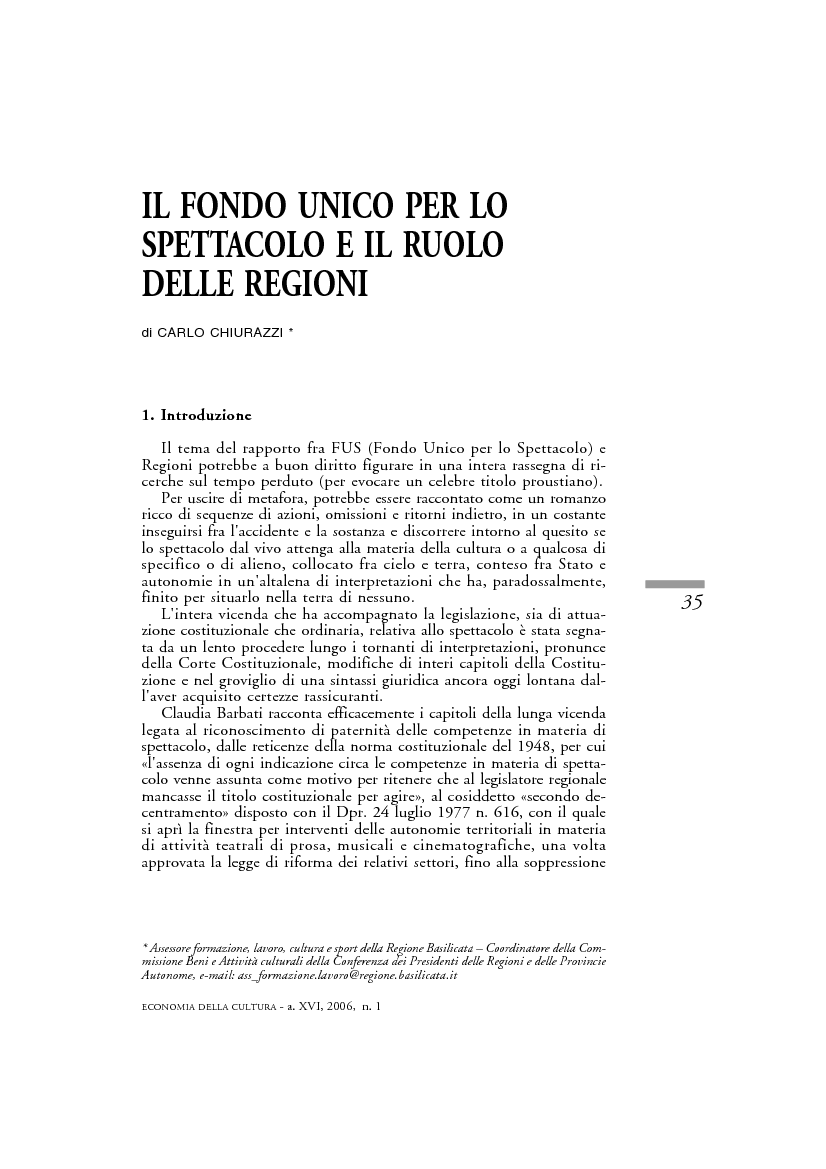