Although required by a sequence of legislative acts opting for decentralisation in the provision of most public services, an active role for regional governments is still the object of fear and mistrust in the Italian debate about funding the performing arts. Many arguments are used against the move towards a regional and municipal public management of the sector, among which the belief that decentralisation would increase disparities, and the resistance against the loss of reputation that would follow a passage of theatres, companies and orchestras under the regional competence. In fact, such fears are weakly justified, and combining the pursuit of public goals in supporting the performing arts on the part of each level of government could overcome the present rigidities of the sector, generated by obsolete rules and regulations, and by the total absence of any incentive in designing and operating cultural and productive strategies. In such a respect, decentralisation must be considered a strong opportunity to modify the public approach to supporting the arts, and to adequate its principles, criteria and tools to the needs of a sophisticated productive sector based upon advanced technology and specialised human resources. 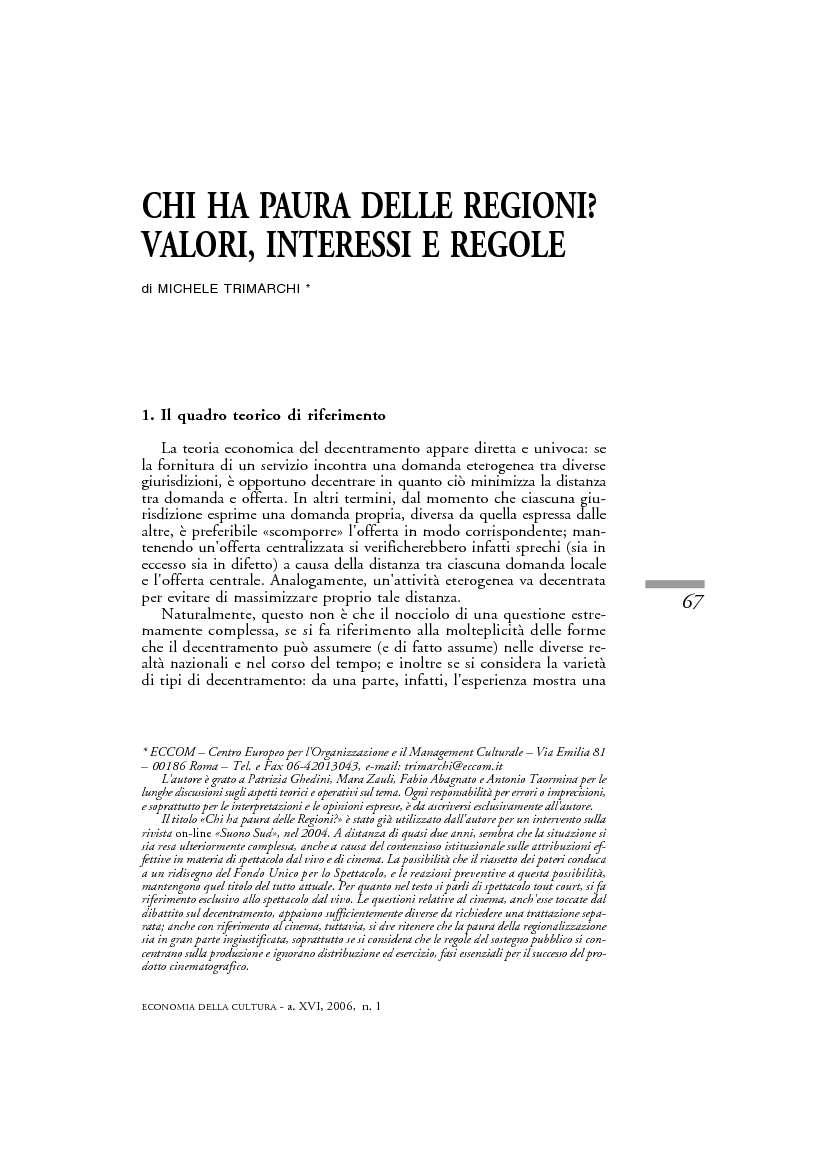