The article surveys the pitfalls of data gathering and data production on the cultural sector, and in particular on cultural expenditure, in Italy. In part, the explanation lies in a traditional lack of transparency by the public authorities involved, in part to the high level of conflictuality among the four levels of government responsible for cultural support: an obstacle to a much needed effective cooperation. According to a recent specific research of the Ministry of Cultural Activities, for the time being it is not possible to assess the total amount of public financing of culture in our country after year 2000, because of the unreliability of regional statistics: a detailed ad hoc survey would actually be needed.. In the meantime, the author analyses long-term trends in cultural expenditure, showing, among other phenomena, that in some thirty years, priorities have evolved, improving the lot of expenditure on heritage vis-à-vis performing arts. 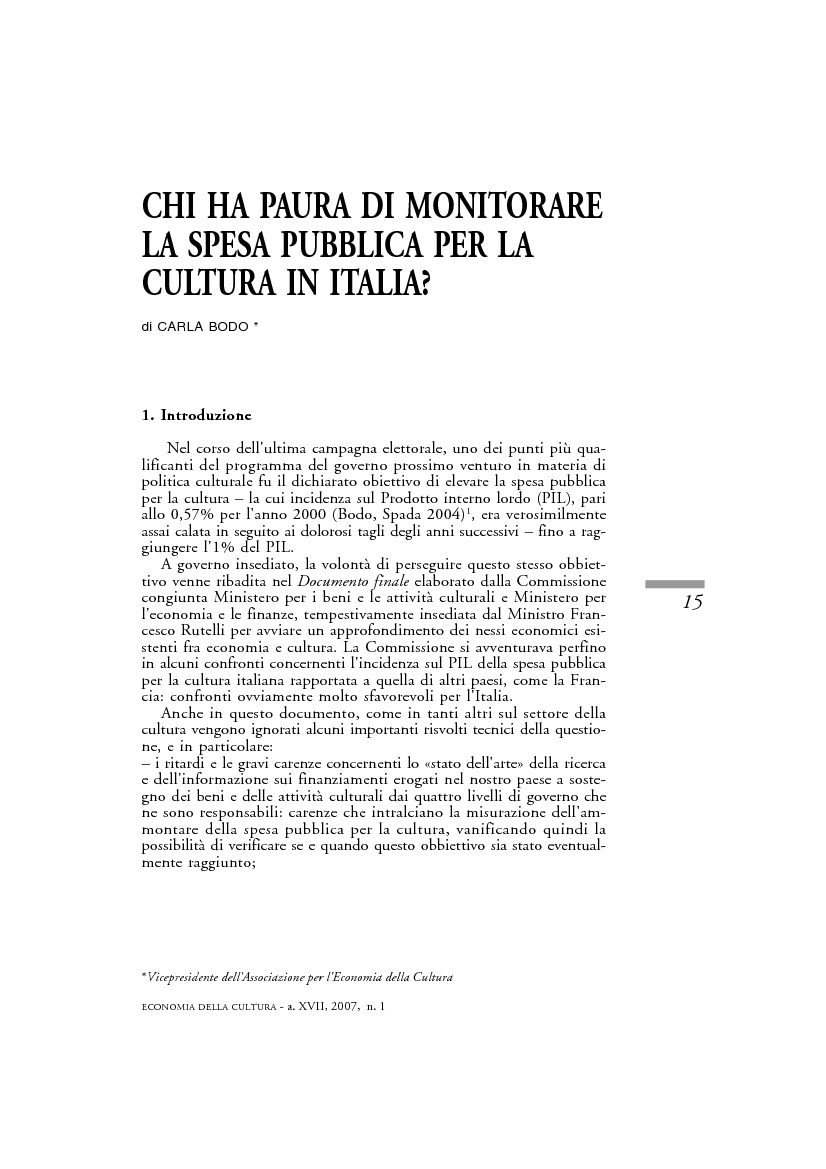