On Saturday September 17, Rome has stayed up all night: la Notte Bianca, an all-night show encompassing art, cinema, food, music, shopping and theatre. According to the organizers, more than two million visitors flocked to the festival, which saw the city's shops, restaurants and bars, in addition to theatres, museums and galleries opening their doors from 8pm on Saturday night until 8am on Sunday morning. At least 500 acts and events and a number of the city's major historical landmarks had been opened the public, providing a unique setting for an all-night party. The article, which innovates on the manner in which effects are calculated, provides an assessment of the event, both through interviews to agents and visitors and by measuring its economic effects. Apart from the obvious increment in expenditure and incomes, the event has represented an important investment and an occasion for growth to the city's economy. 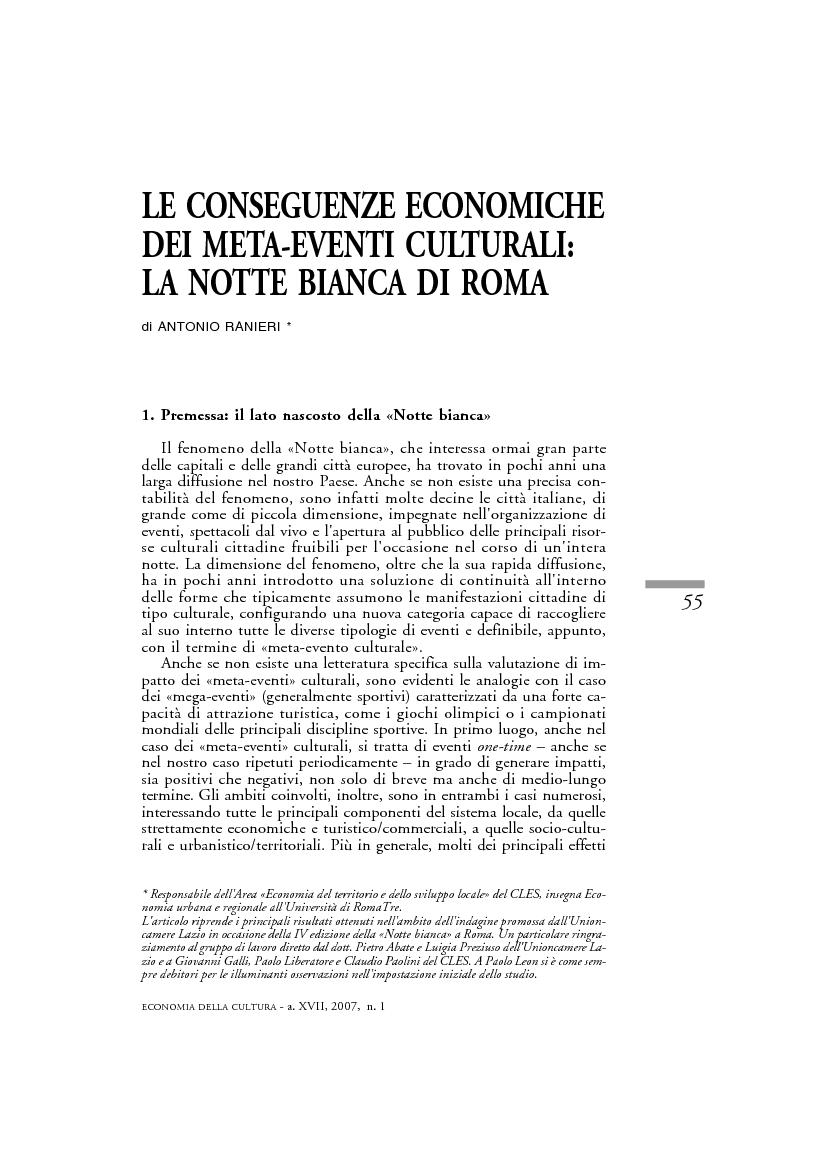