Bilateral Cultural co-operation implies in a certain degree the exportation of donor Country's identity and values. This makes multilateral co-operation preferable, since it gives to the recipient Country the opportunity to choose within a much wider range of options. New contradictions arise in a changing world: on one hand, international Cultural co-operation seem to lose its power within a globalised economy; on the other, the revamping of local identities, conflicts and reciprocal mistrust requires a comeback of co-operation, in order for these phenomena to be contrasted. Since the Eighties, Cultural policy has lost its appeal, due to loss of centrality of the keynesian philosophy and policy; after a few decades, public action related to Cultural heritage proves important in order forpoverty to be reduced, within the uneven distribution generated by a prevailing market economy. The present situation is characterised by a reduction in the total amount of financial resources devoted to Cultural co-operation: the diffusion of the awareness that Culture can play an infungible role in raising local communities' welfare is the most effective justification for a new strategy in the approach and method of international Cultural co-operation. 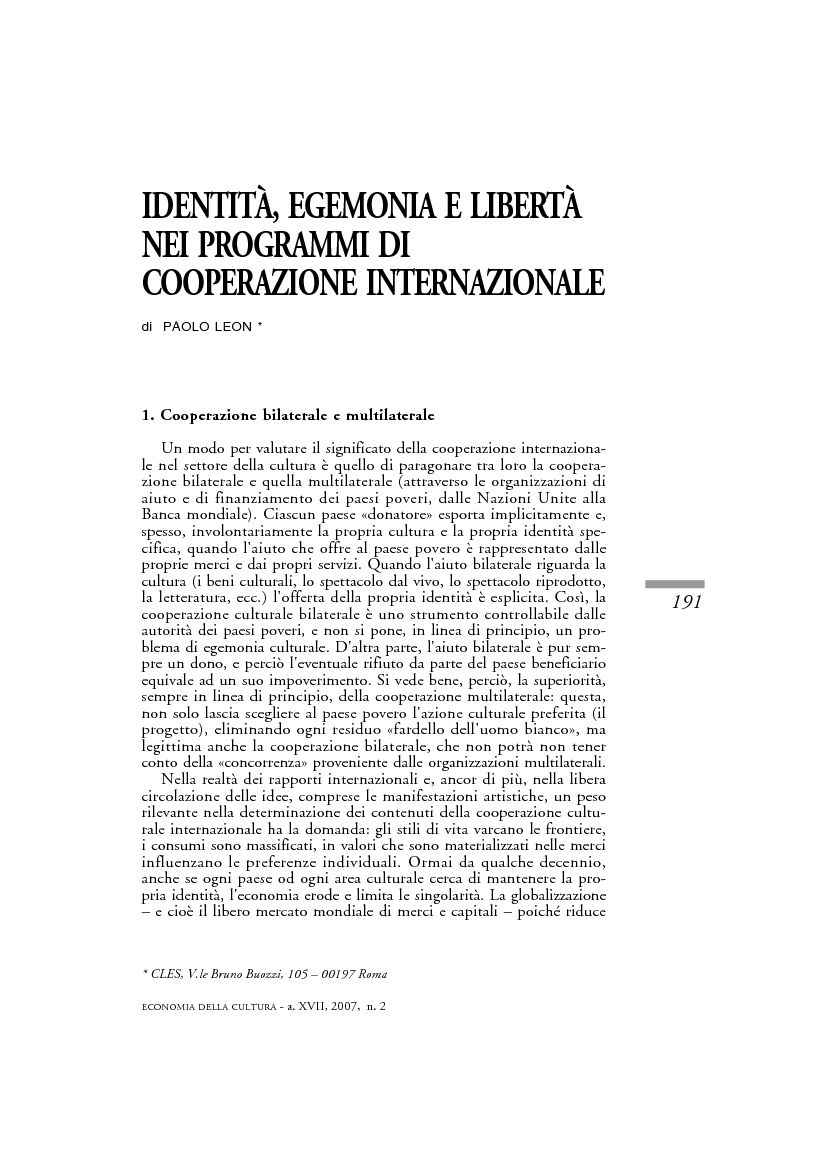