Through a comparison between what was possible and designed at the beginning of the eighties and what in fact was effected in the ensuing years, an analysis of the policies on cultural heritage shows how and why central governments, local authorities and the private sector failed in building a solid foundation for both conservation and management of the Italian heritage. Considering the historic and artistic importance of Italian wealth and the economic returns that it provides, the blindness of the decision makers is staggering. Of all the solutions devise in the early eighties, only a modest effort was made in proving museums with some additional services. Research, study, management were all poorly financed and the priorities of the public sector oscillated constantly between banalization of the heritage and non chalance. A pity: but not only the Italian authorities are involved in this poor result; the European authorities are not less responsible. The French exception, on movies and performing arts, has apparently invaded the heritage fields, inappropriately- and cultural goods are still considered commodities by the EU. There is real difficulty in envisaging a different policy: actors seem missing, however. 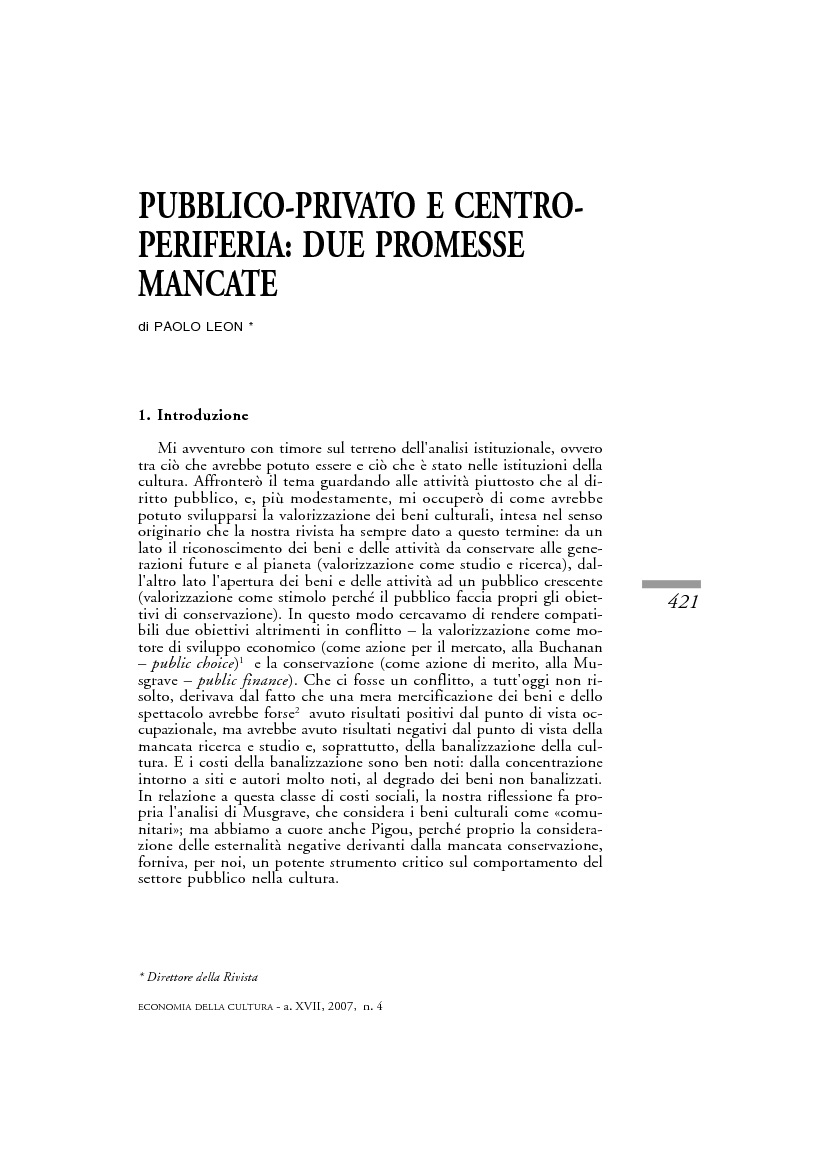