Twenty years after the start of the first Report on cultural economics in Italy drafting, edited later by the Italian Association, this paper draws up a balance of the role played by Italian institutions in promoting public policies of culture as part of the more general choices of political economy aimed to modernize the country. Within the framework of the European agreements and thinking in the field of cultural policies, a particular attention is drawn to subjects as the relations between heritage protection and promotion, the laws and regulations relating to cultural goods, the coming of the Internet, the choices made by the State budget and the sector real economy (incoherent), the growing social demand of cultural goods and the potential growing of research and innovation in the sector, the lack of private - and the potential of international - investments, a more wide consideration of synergies between tourism and culture, the scanty role of Italian television system as a central force in the cultural industries growth. A set of aspects that, as a whole, shows many problems to solve in the governance of public institutions and in the market organization, with peculiar imbalances between centre-northern and southern Italy. 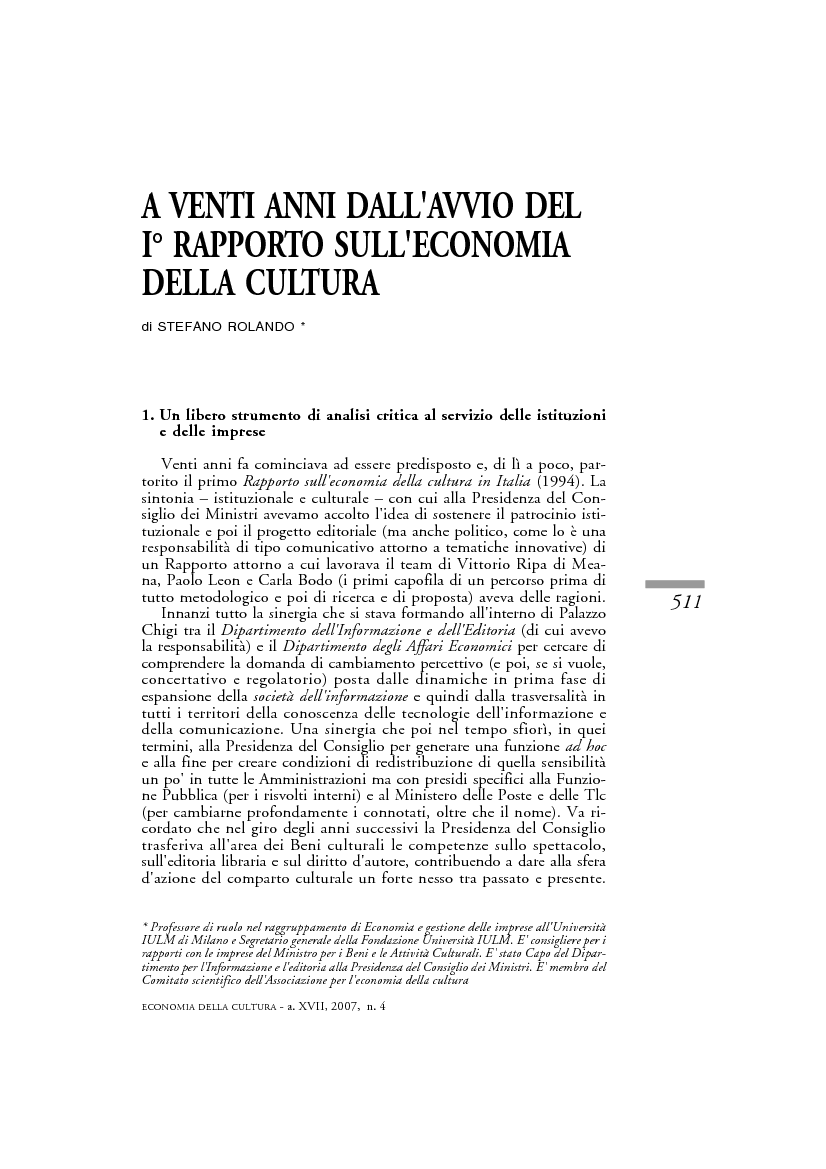