From «cultural exception» to «cultural diversity»: since thirty years the confrontation on cultural hegemony is one of the main topic dividing Europe from the US, and the usual battlefields are UNESCO and the WTO. Europe cannot accept the American cultural industry as its model, because the European Union is based on «cultural diversity» as the precondition for its political and economic integration. In the battle for «Cultural diversity Treaty» within UNESCO, Europe and Canada have been able to build an alliance with the South of the world, leaving alone the US: but the aims of the members of such coalition were not the same, as, along with the protection of cultural identities, the relevance of the Convention in fostering «intercultural dialogue» was gaining ground. The diverging expectations raised within regions, countries and vested interests now arise when the Treaty has to enter into force. The endeavour of its implementation in the countries daily life will be triple for the European Union, where also a European identity has to be build, besides the global and the national one. European integration is recognized as a laboratory, that could go beyond «forced integration» and «multiculturalism as the addition of separate communities». The future could bring us «dynamic and integrative cultural identities»: European cinema and TV are already gone far away along this path. 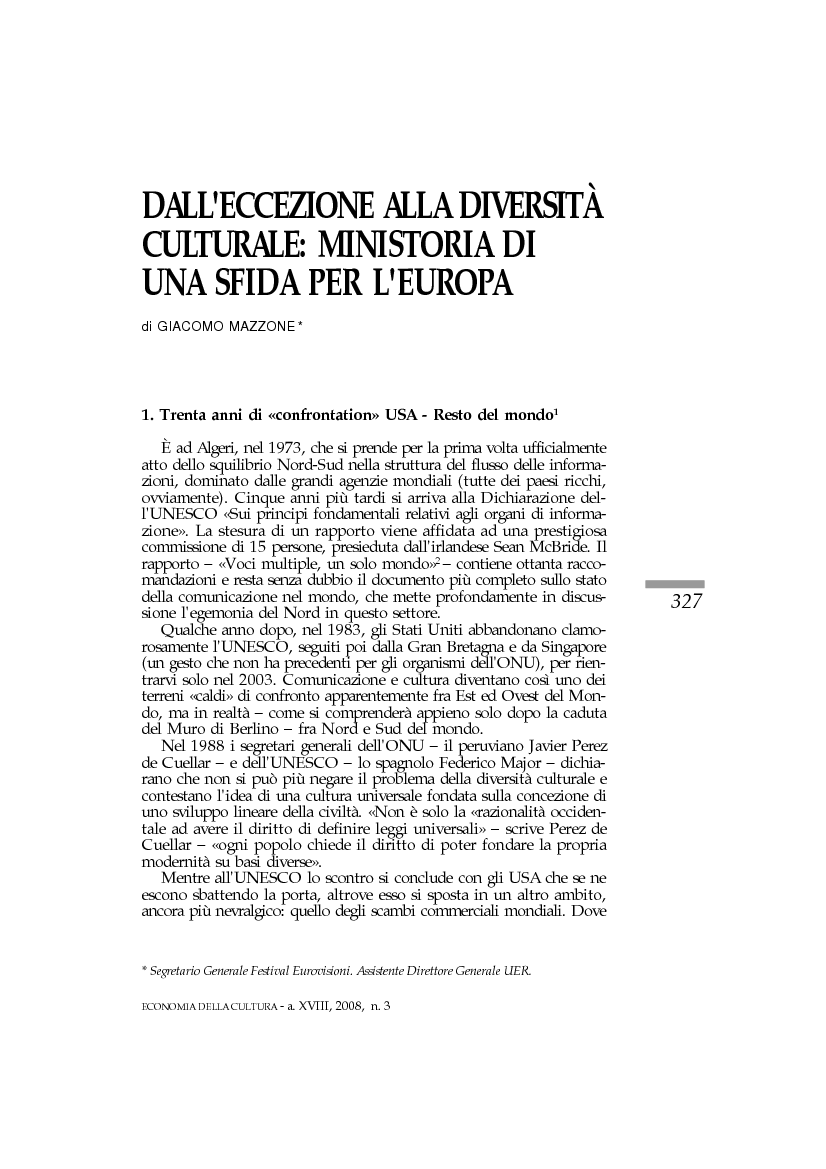