The Italian performing arts festivals scenario is now facing times of important crisis due to the continuing cuts in funding from the central government, cuts that in the last year have been particularly considerable. This is implying and will certainly cause in the near future important changes in the management of festivals, and some of the main issues are presented in the article. The sharp decrease in public funding, for example, would probably disadvantage one of the main aim of festivals in general: the promotion and fostering of emergent and cutting edge art. Consequently, the involvement of the private sector will become central for cultural organizations and new forms of partnerships will have to be experimented in order to be economically sustainable. The relation with the audience as well as the territory has also to be strengthened, emphasizing the role of festivals as important moments of social cohesion and participation. Therefore, despite its momentousness, this crisis has to be turned into an important challenge for reflection among performing arts operators, and festivals have to be fundamental pacemaker in this dialogue. 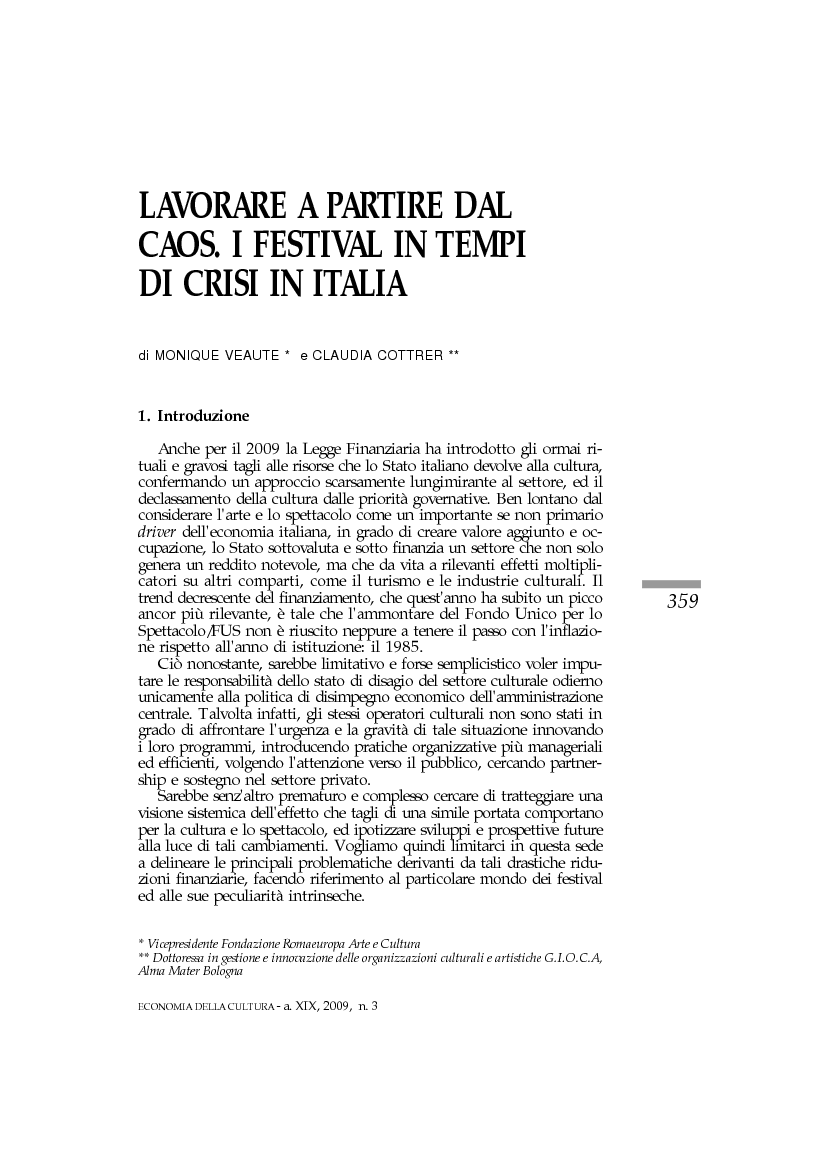