On the 20 October 2000, in Florence, the Member States of Council of Europe, recognizing that «Landscape is, in every place, a fundamental element in the population's quality of life», have started an humble, but substantial revolution. It has been put in action a process, so innovative, that Public Administrations, which guard the Landscape theme, hardly are able to govern, and perhaps to understand totally, in its innovative potentiality and in its possible relapses on the territorial systems. In the international context, the Convention, could be read as a fundamental complement of international juridical regulations published in the former years, which establish a care path strictly connected to environment and natural and cultural territorial components. In the national context, following the growing sensibility on environment and landscape fields, in the last years, it has been possible to assist to the development of critical reflections and theoretical elaborations, definitely more advanced than the real application capacities/ wishes from the public administrators. The European Landscape Convention, strongly expected by Italy, signed in 2000 and ratified in 2006, collects the results of the former years' job. Landscape, in the new significance, will be, some years later, a central part in the new Codex on Cultural and Landscape Heritage, which recognizes, for the first time directly, landscape heritage such as an integrant part of cultural heritage, following the new guideline and according the landscape definition such as homogeneous part of territory coming from nature, human history or mutual interrelations. The European Landscape Convention, that this year will celebrate its tenth Anniversary in Italy, has introduced principles and elements that in the years, have deeply changed landscape approach, as a fundamental element for the individual and social wellness. So, not only excellence, but also precious source for the population involved in it. An approach that commits to the Institutions in primis, but also to all the European citizens, citizens of the world, the privilege and the responsibility to be, every day, the main characters of its care and of the necessary attention to the quality of contemporary intervention. 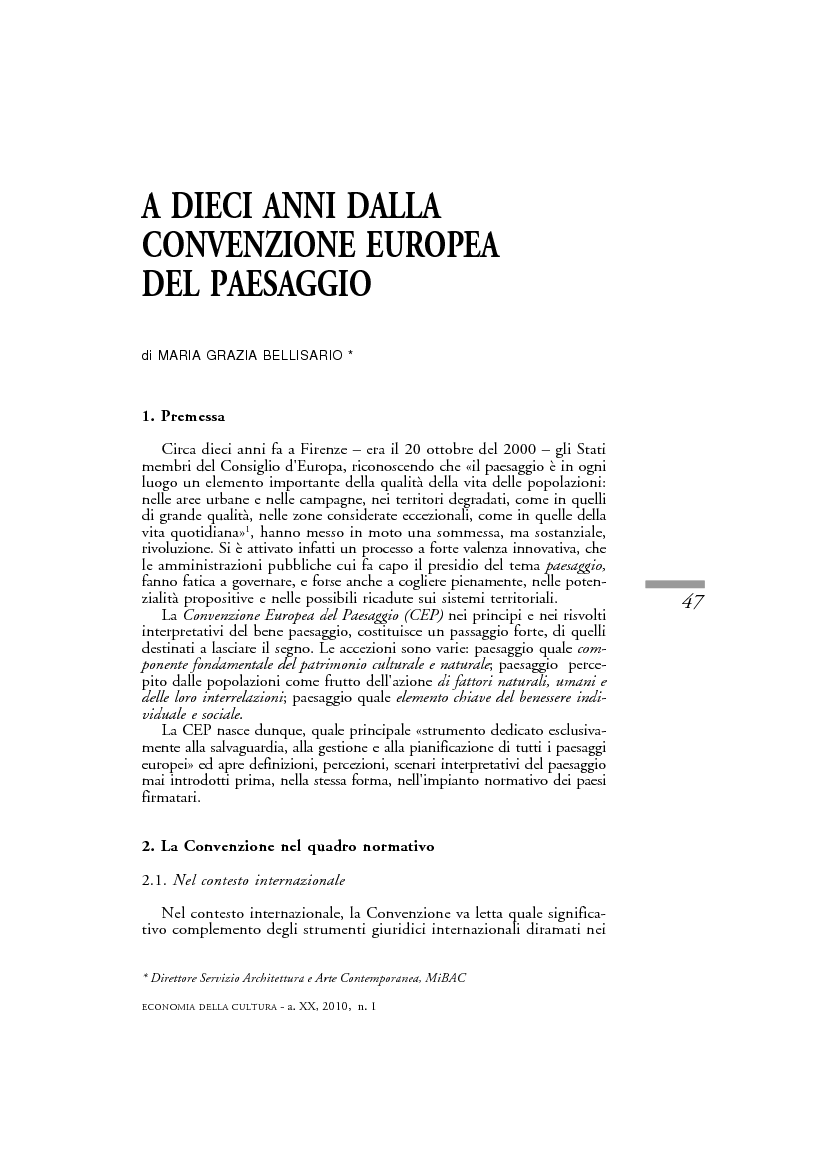