In most countries around the world, cultural financing has been severely affected by the financial crisis that has befallen all territories. Though indebted, many nations have tried to protect their financing of culture by maintaining levels of public spending or tax relief on private resources. Italy has chosen the path of indiscriminate cuts in public spending. Funding for culture has been affected to such an extent that in some cases the possibility to provide services has completely vanished. If maintained, the most recent promises to restore at least part of this funding, will ease the discomfort, but won't reduce the concern, considering that the level of Italy's spending on culture has been declining since the year 2000 and represents a minimum percentage of public expenditure. Under these conditions, it is urgent to find ways to restore funds for culture in our country, as well as actions of selection and promotion of cultural initiatives aimed at increasing the consumption of culture and consciousness of its importance, also for our country's economic growth. 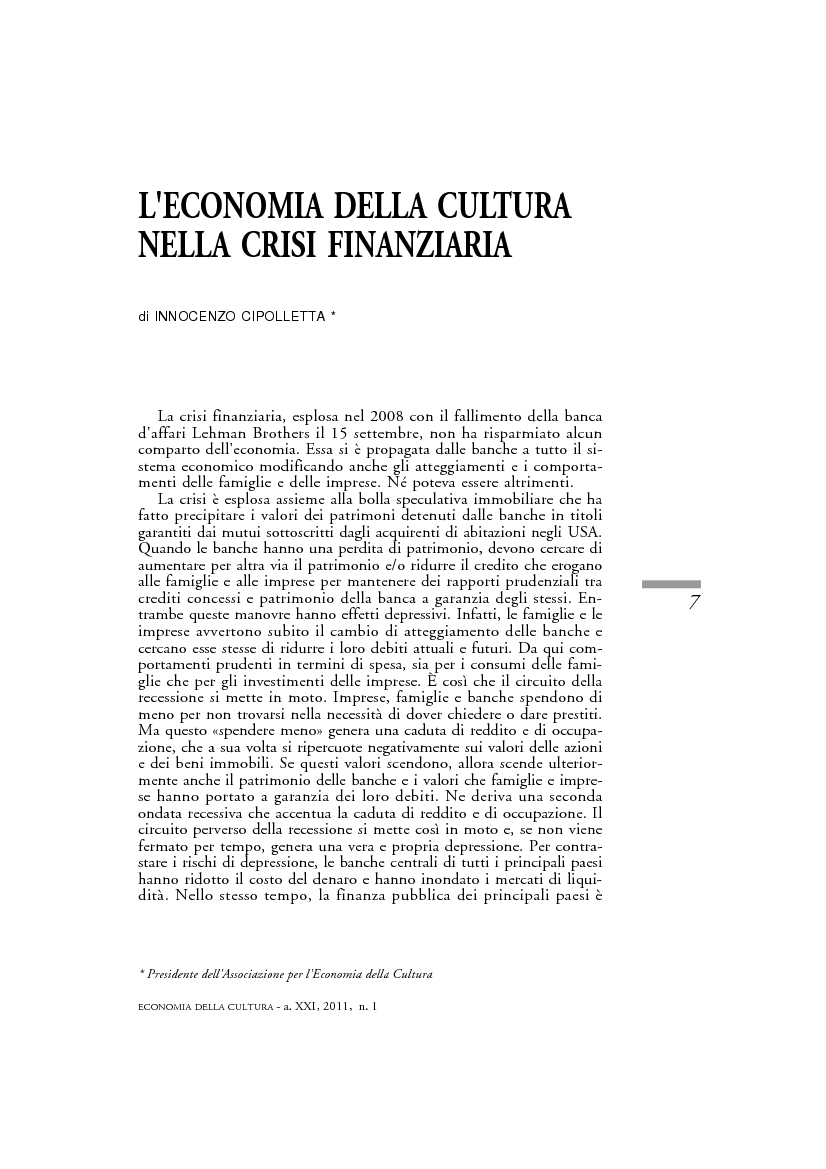