Crowdsourcing and crowdfunding are relatively old practices, but they got a dramatic boost by the Internet. Today they both have a deep impact on cultural and creative production and are valued as innovative ways to sustain young and young people's enterprises in that field. In times of economic crisis, crowdfunding is seen by many observers and policymakers as the only possible complement, if not substitution, for public funding of culture. The basic models of crowdfunding are shortly described: donations, reward-based, microfinance, equity. Crowdfunding and crowdsourcing involve however a few critical aspects, not only for investors who are risking their money in highly unstable projects, but also - and probably more important - for cultural and creative workers. Competition between professionals and amateurs under crowdsourcing schemes often results in a marginalization of the former or in a massive exploitation of unpaid work. Crowdfunding, rightly considered as a progress in transparency and a form of democratization of patronage, is sometimes carried out with no clear statement of project evaluation and selection criteria. 2012 Data about crowdfunding in the EU and in Italy are presented. The article also introduces the new Italian Regulation for crowdfunding (July 2013). 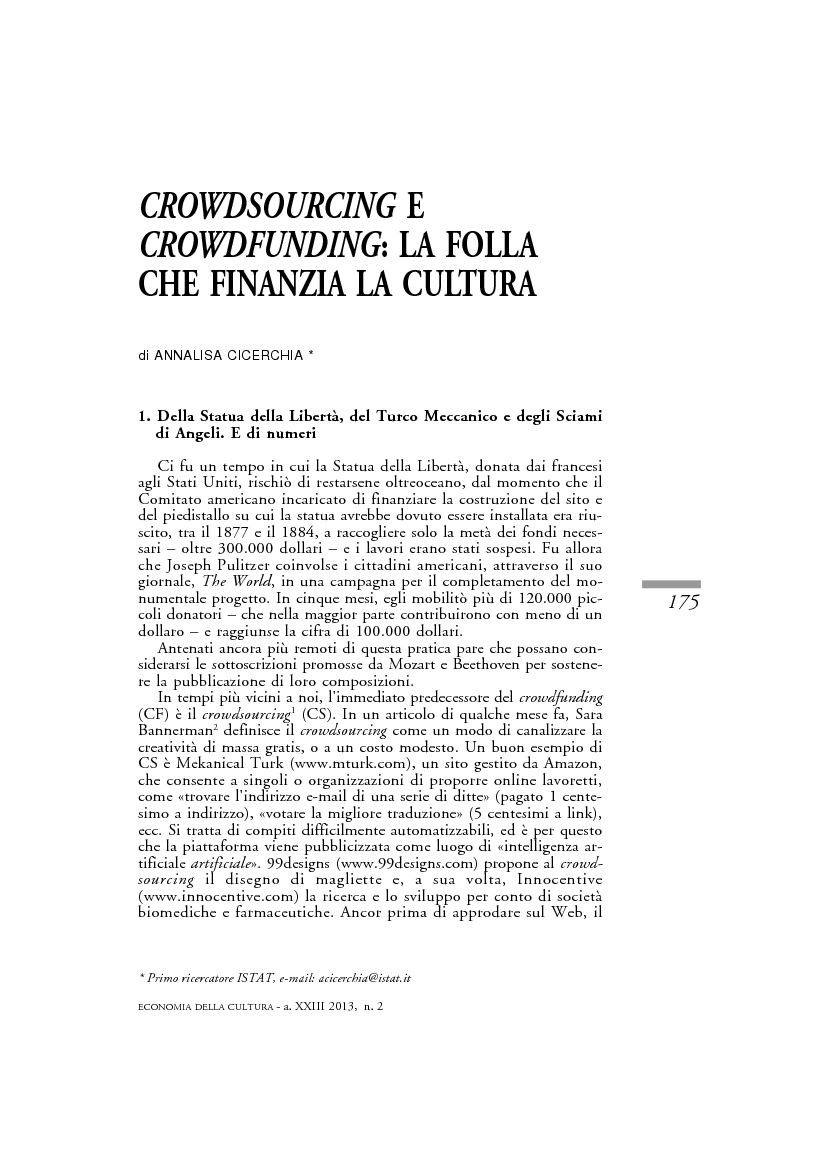