The competition for the title of European Capital of Culture 2019 was experienced with great intensity and participation by the Italian cities and a large number of them decided to bid: there were twentyone candidate cities, of which eighteen were admitted in the pre-selection phase, six in the final, while in the end the title went to Matera. The competition was also a great test of commitment and design effort devoted to a cultural-based renovation of the cities, an extraordinary return of ideas and strategic visions. Hence, it allowed bidders to highlight their artistic and cultural assets together with original practices of active citizenship, and enhance in collaboration with Bulgarian cities, that also ran for the 2019 ECoC title. Starting with a brief summary of how the ECoC title and process evolved, in terms of trends and current values in Europe, the article analyses the behaviour of the Italian candidate cities and highlights the main quality factors of the projects with regard to processes, directions, programs and choices featuring the various proposals. The narratives focus on the basic motivations and the aims that led to the effort of each candidate in the competition for the title, then it delves into the different concepts and cultural programs of the project. Particular attention is paid to the economic framework of each final bid book concerning operating expenditures (events, promotion and overall functioning ) and capital expenditures (cultural, urban and hosting infrastructures), that traces the types of interventions for the transformation and regeneration of cities. The Italian investments were also compared with the budget of the ECoC cities awarded between 2007 and 2018. In the end, a final synthesis sums up the trend of the Italian competition in its most distinctive features. 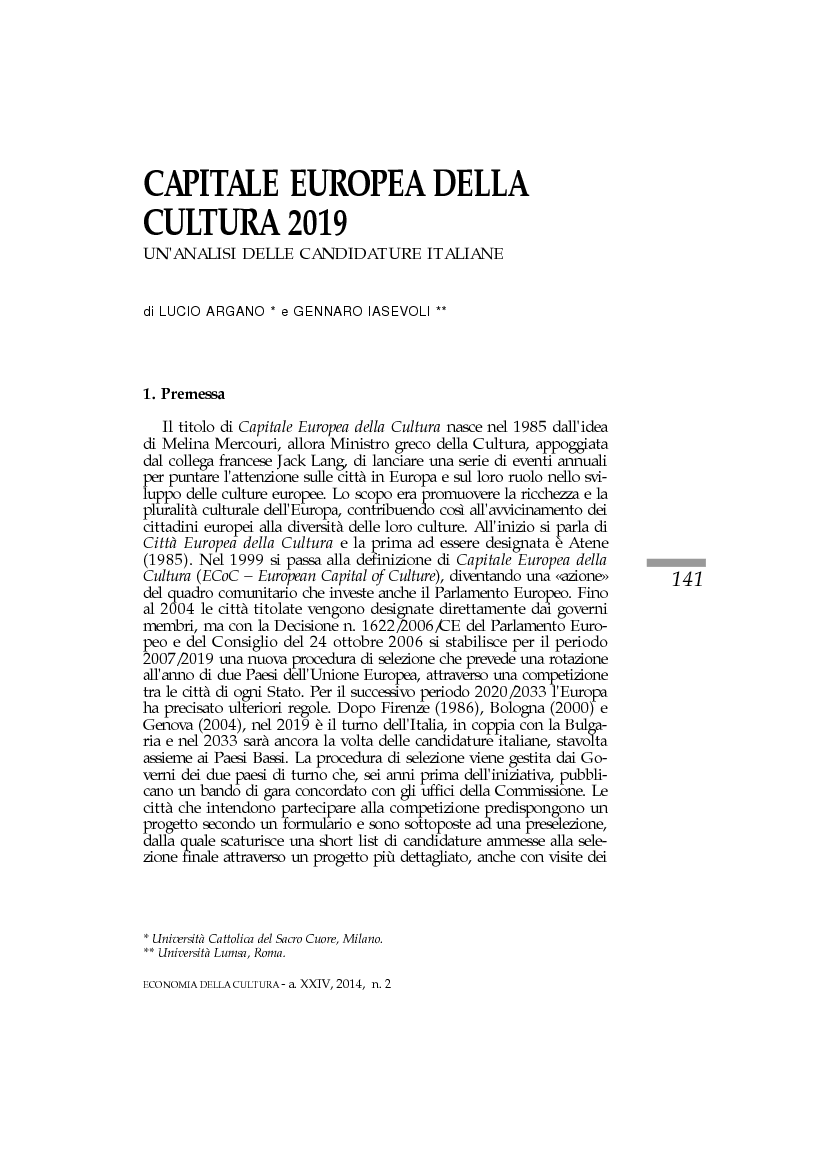