This paper recalls the Italian audio-visual industry main macroeconomic data and structure as analysed in a recent book: a system centred on television with seven major national players (UK has 3, France 4), but not so able to create revenues and employment, to produce original programmes, series, documentaries, formats, etc. and offer them on broadcasting, digital platforms networks and through the new distribution forms of the Web. Comparisons are made with the national audio-visual systems in UK and France, stressing, on one hand, the Italian duopoly market structure and the huge amount of private TV rent not plowed back in new audio-visual productions; and, on the other hand, the cultural and political ruling classes' ability in other European countries to build and govern a private-public television system, preserving and im proving their production skills and industrial capacities. The main factors blocking the change of the Italian system are also recalled: the political parties' role in public TV company and the direct political role of the private pole's owner; a common sense identifying modern society with consumption and a cultural and media attitude appreciating the media (mainly TV) «audience building» whatever be supplied, and paying not so much attention to the industrial activities organised in and around the TV companies; the advertising power on the public television networks schedules and the role and weight of journalists, with their belonging or «references»to the political parties, in public television company programming and structures. 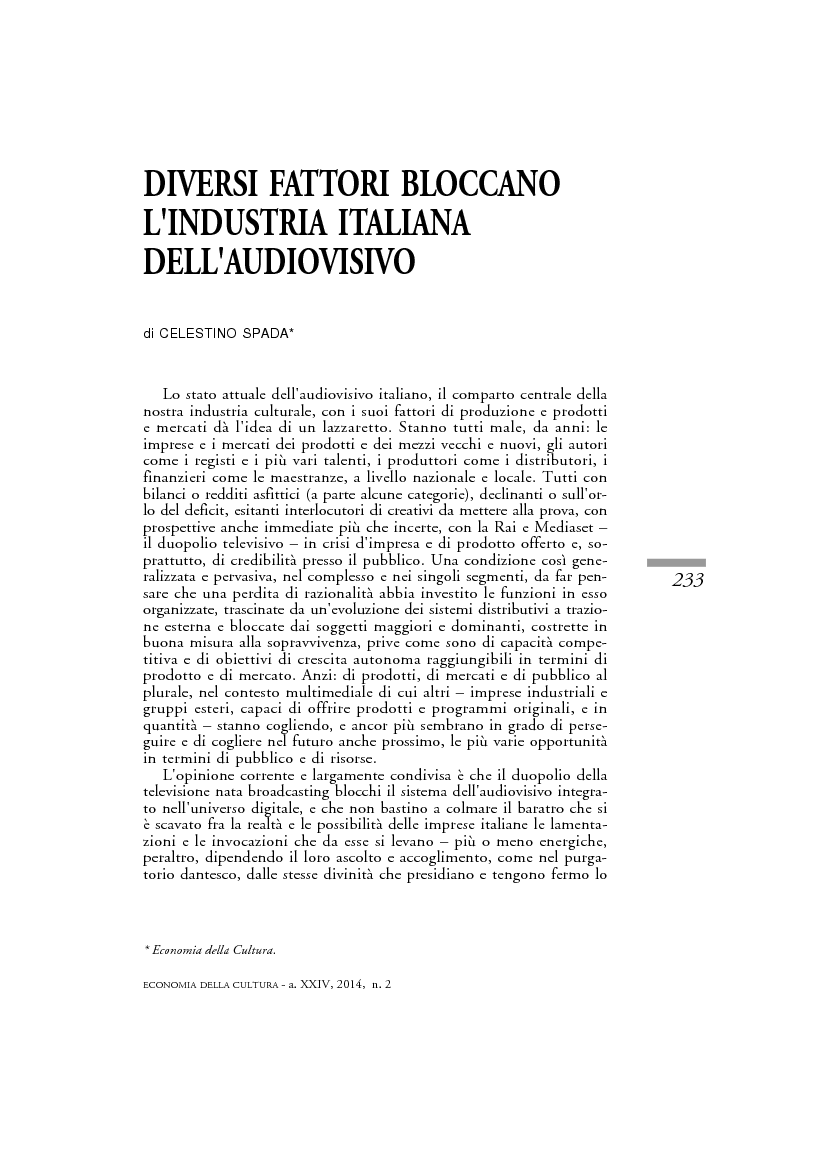