There is a widespread belief that earthquakes rarely strike cities, with the occasional exception, like L'Aquila in 2009, or Messina/Reggio Calabria in 1908. The actual dimension of the problem transpires from a detailed analysis of sites that have suffered major destruction and have hence been heavily restored. Over 4,800 Italian inhabited centres have a history of one or more serious or devastating earthquakes (from grade VIII to XI MCS). Of these, over 40 are towns that nowadays have from 30,000 to nearly one million inhabitants. Varying from case to case, these urban pasts have witnessed seismic destruction from one to five times over the span of history we know about. There is great danger therefore, and the preserved historical/cultural heritage, concentrated and most valued in towns, is at high seismic risk. Since the early twentieth century, given the frequency of earthquakes (on average one disaster every 4-5 years), Italy has been engaged in more than one reconstruction operation at any one time. The cost of rebuilding is borne by everybody: it averages over 4.5 billion euros per year, according to official data - an estimate that errs on the low side and is steadily increasing. In our country the impact of even moderately powerful earthquakes is one of the main causes of lost human lives and property. Yet this thorny issue is not being tackled by politics, is repressed from the civic awareness and ignored among circles of culture and education. 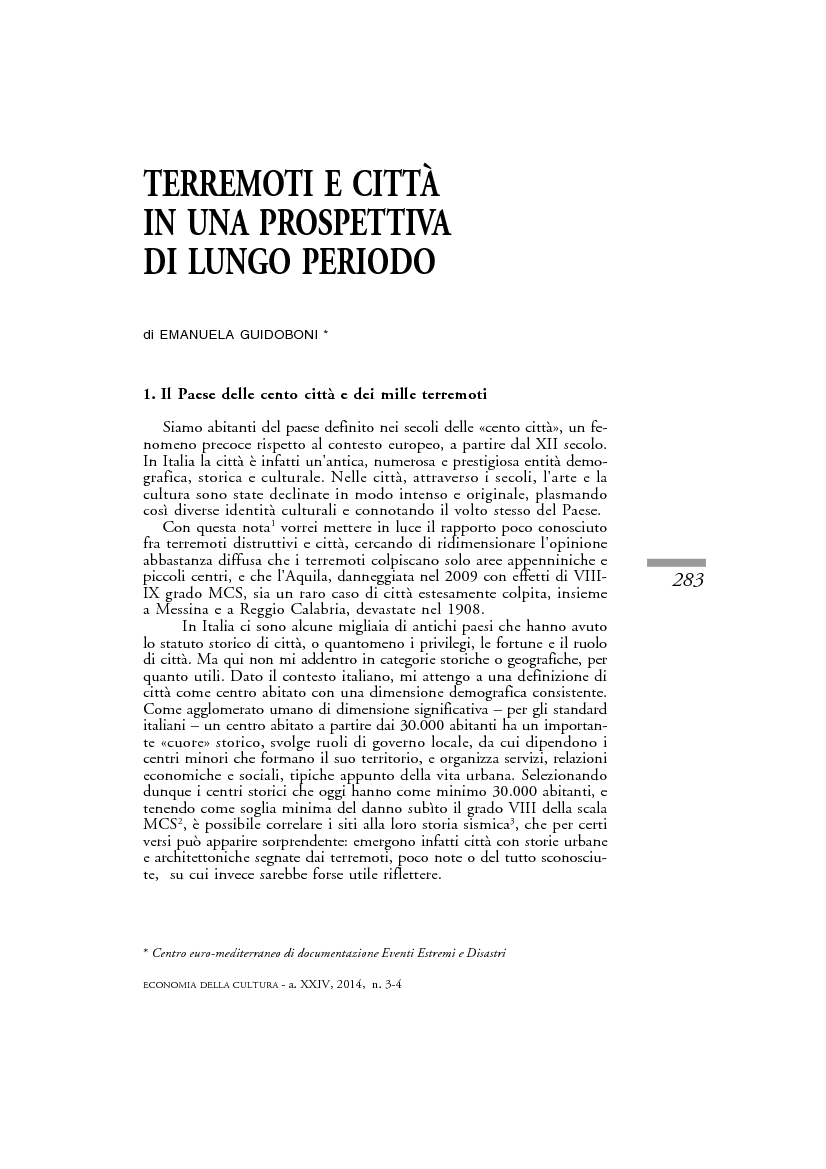