In Italy, artistic and cultural activities in prisons (theatre, music, creative writing, visual arts, cinema, media, etc.) are widespread, in particular in the field of theatre. However, apart from theatre, very little is known about these activities and their geographical distribution, and even less is known - even for theatre - about their impact either on inmates' psychosociological well-being, or on their social reintegration and recidivism rates. By way of contrast this article describes the frequency and accuracy of impact research and analysis into prison arts activities in the Anglo-Saxon world, a phenomenon that began in the United States in the late 1970s, and that subsequently spread to, and throughout, the United Kingdom. Positive social and economic impacts on institutions, on individuals, on learning capacities, and on society, have been ubiquitously registered in both countries. Reconviction rates also seem to be significantly lower for inmates who have participated in the arts, notwithstanding the problems involved, where such research has kept track of inmates after their release. Finally, strong inter-institutional support by criminal justice and arts administrations in developing arts-in-prison impact studies in both countries is also singled out. 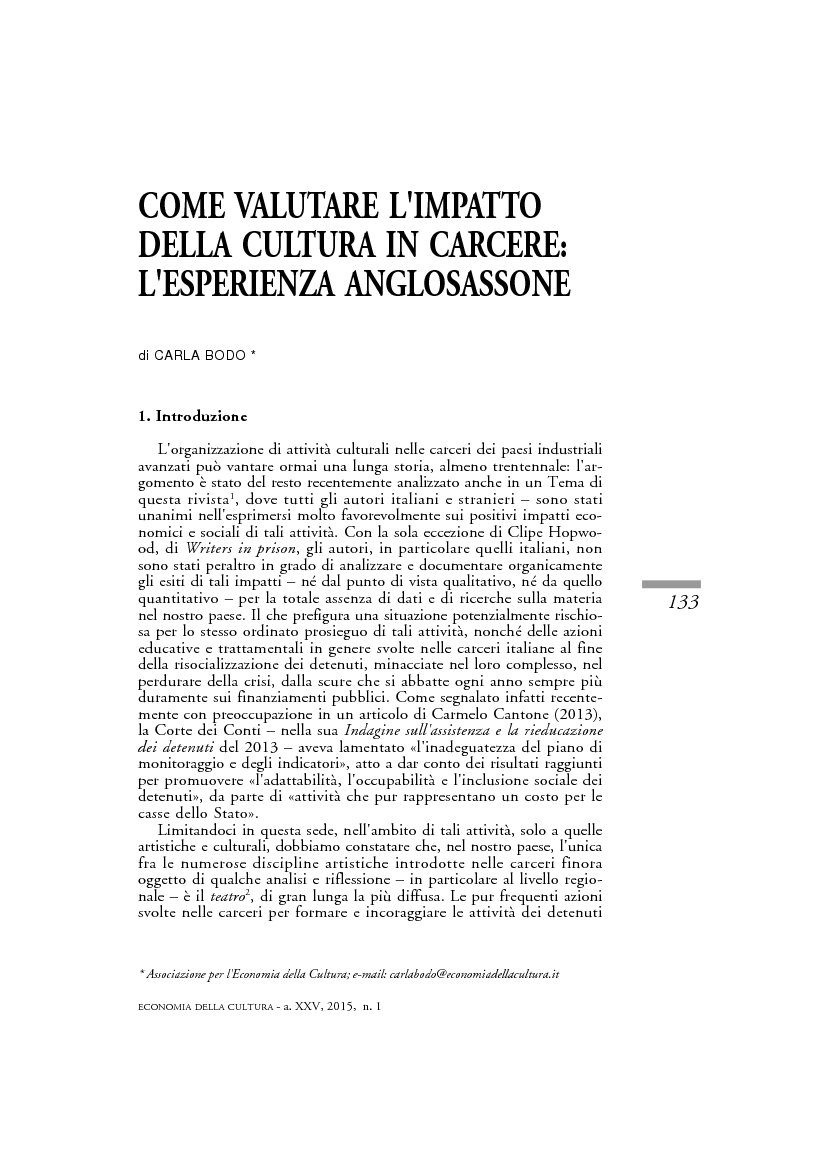