This article deals with the issue of economic development in the field of culture and creativity in the Puglia Region. The author analyses how the local economic model has grown on an original path into a knowledge economy network: an area with a unique cultural and environmental heritage, but which has produced no Hollywood, Apple, Google or Spotify. The article examines whether and how culture and creativity are development in a territory on the fringes of the country, outside the major metropolitan and urban areas. Puglia's development must be placed in the historical transition from the first and second Post-Fordist cycles - marked by the withdrawal or downsizing of large industrial companies - into a new cycle denominated by the global network economy, based on the service sector generating and reproducing knowledge on an extended scale. The article highlights various critical issues: the lack of financial autonomy of local companies, the governance problem between institutions and cultural and creative enterprises, and the crossinnovation problem between supply chains in market and non-market firms in traditionally separate sectors. rooted in the Puglia territory, and how they may produce self-sustaining 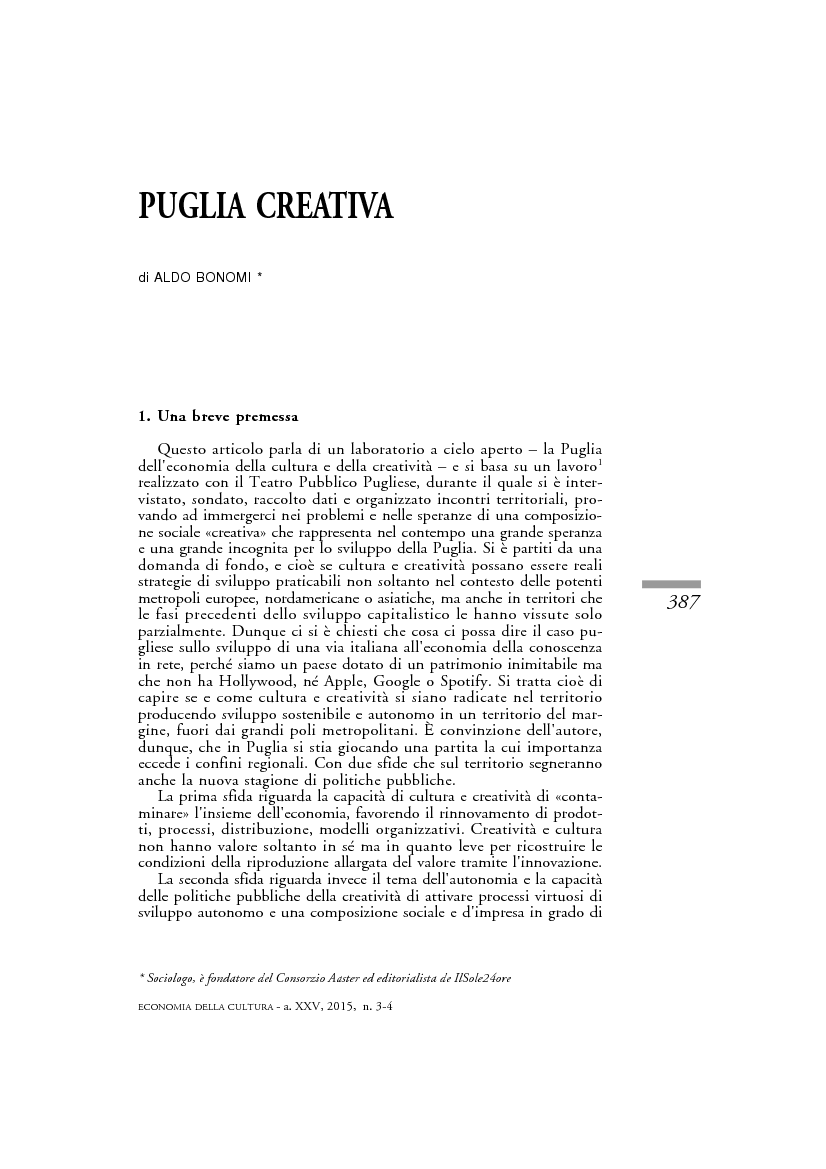