Our dataset consists of 20 years (1992-2012) information for Italy from Multiscopo ISTAT surveys, that we have reworked to conform. After describing the cultural variables, comparing Italy with Europe and showing the gap between the Centre-North and the South of Italy, we present some econometric estimates to ensure both the effect of the variable «accumulated over the years» reading on income per capita, and the effect of education on employment. The results prove that the idea of a virtuous circle between culture, economic development and social mobility, that we set in the point of view of Smith's approach as reformulated by the Sen's capability approach, is fruitful. The territorial variable strengthens the results, highlighting the structural deficit of our South. All this is enhanced by the crisis. 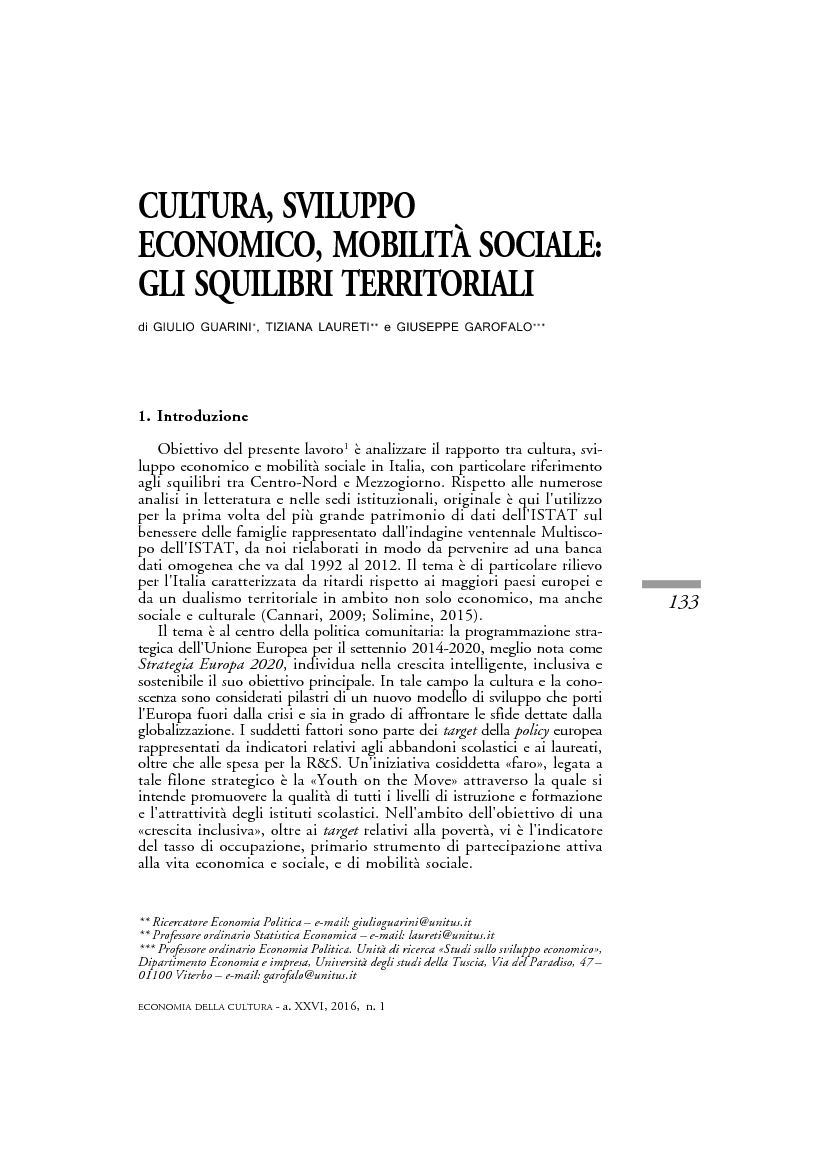