The story that often tries to tell Marseille, that of a city of a happy social mix and a booming cultural development is, in large part, naive. Academic works provides a solid understanding of the realities of cosmopolitan city Marseille in the long period. In 1911, the city already had 20% of foreigners as inhabitants, with a large proportion of Italians. Foreign presence was further strengthened in the 1930s, and again in the 1960s. Today's figures (to be considered with caution), evoke between 150.000 and 200.000 people, or roughly 20% of the total population, in a large - if unknown - part of Muslim origin. The mixing of populations and origins was actually never as harmonious as it was said. In the late 1980s, though, the multicultural theme resurfaced with force, with beautiful illustrations in literature (Izzo), movies (Guédiguian) and music (rap group IAM), rising interest in the French public opinion. If the urban society is quite different from current legends, yet Marseille integrates, certainly violently, but she knows how: and people still talk together. 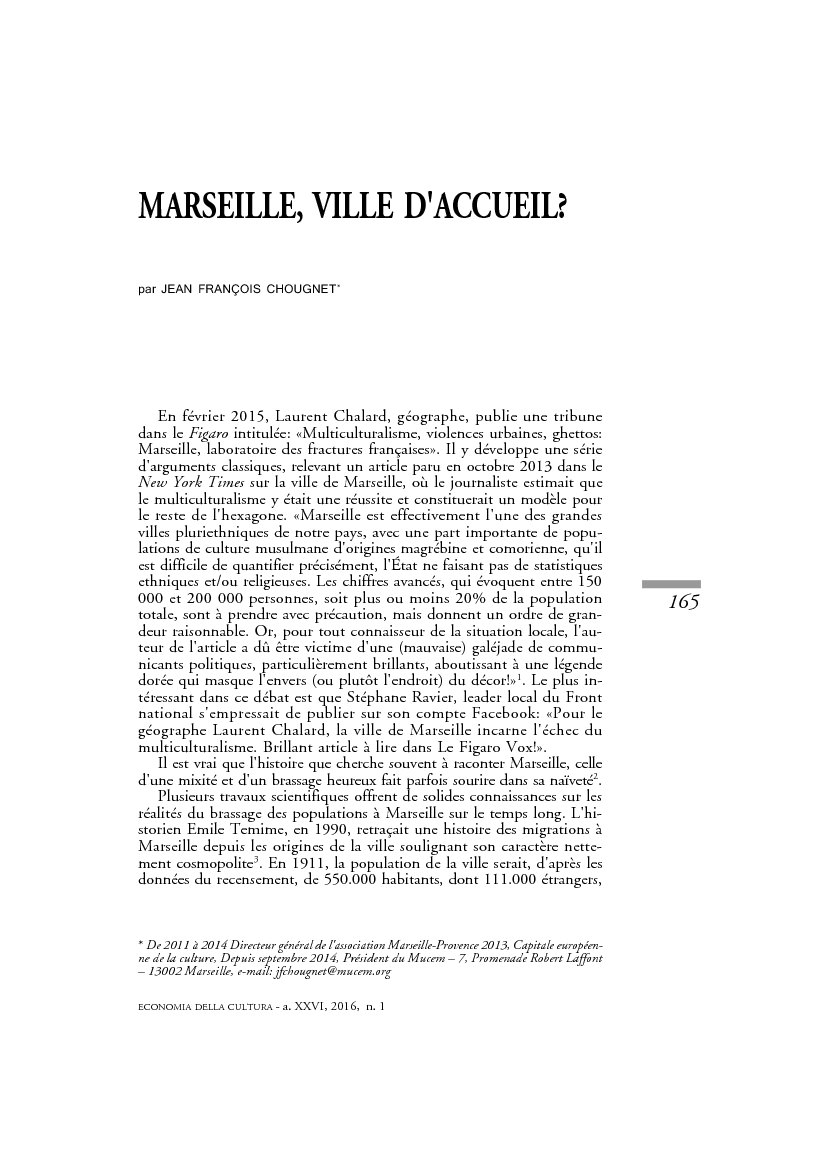