In this note in memory of Paolo Leon, editor in chief of this review from 2002 to 2014, the author recalls the relevant aspects of their relationship from the encounter, in the 1980s, between one of the few Italian economists of culture and a programming manager at Italian public broadcaster RAI, to the researching team which eventually produced two Reports on the economy of culture in Italy 1980-1980 and 1990-2000 for the Italian Association for Cultural Economics (AEC), to the close editorial collaboration on this revue from 2008. It has been a choice for Paolo and an opportunity for the author to focus on his main interests at the time in building a teacher- pupil relationship, made of analytical and conceptual exchanges on the broadcasting economics, in the public as well as in the private sector. This rare opportunity was made possible by the encounter with a wise, curious man, rich in courtesy, intelligence, and generosity. 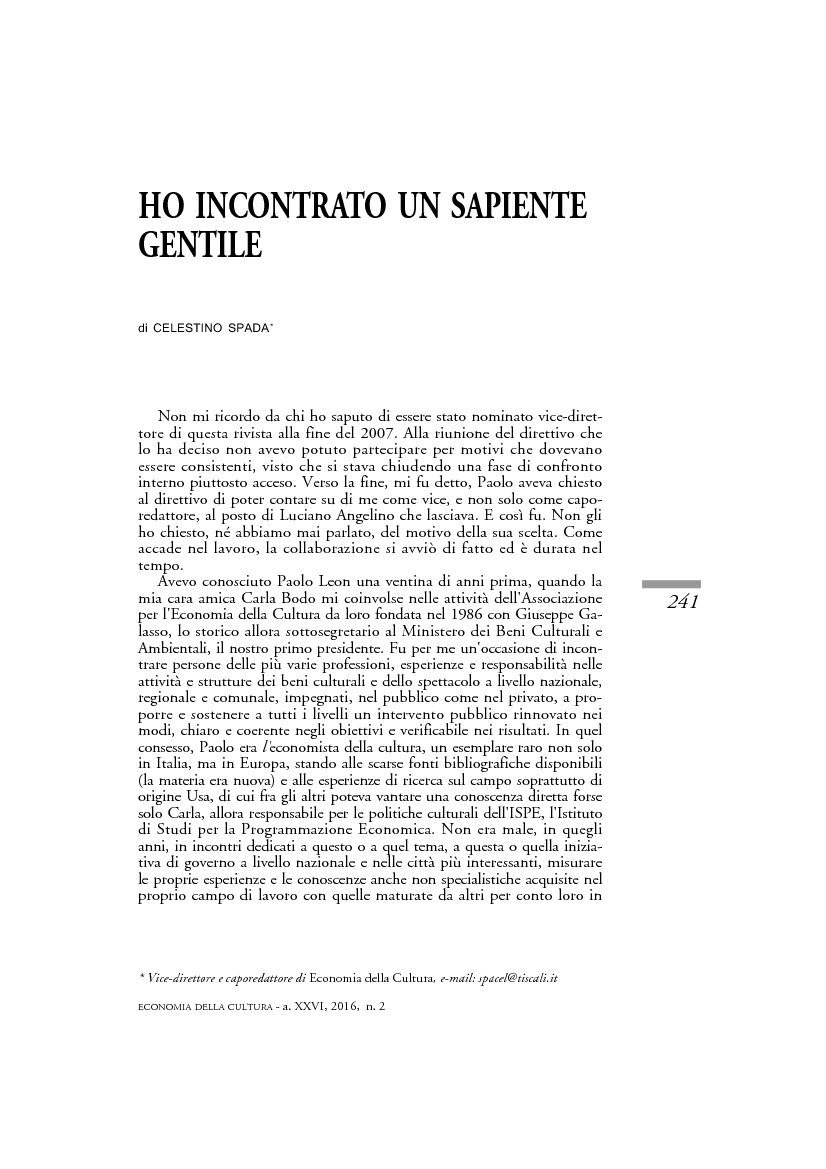