The impacts that the landscape generates and the problems it poses to the economy, both theoretically and empirically, are treated (often indirectly) in some of the essays contained here. This article summarizes these issues by first of all highlighting how the «landscape good» poses problems to the concept itself of economic rationality of the mainstream economic theory and how it is not easily treatable even in the context of Cost and Benefit Analysis (CBA) which aims to give algorithmic concreteness to the principle of rationality. To use a different concept of rationality and, consequently, to use algorithms that differ from those of the CBA is proposed. The solution of determining the economic value of the landscape and its impact on market values, of the redistribution of the revenues it generates comes from the Italian legislation deferred to the Landscape Plan. The evidence of the experiments carried out shows that this Plan, to be incisive, must be modified in the contents and above all in the processes that define it. Without a strong participation of the communities in its definition and management, the Plan will not be able to preserve the «landscape good» from all those who would like to bend its uses to their interests. 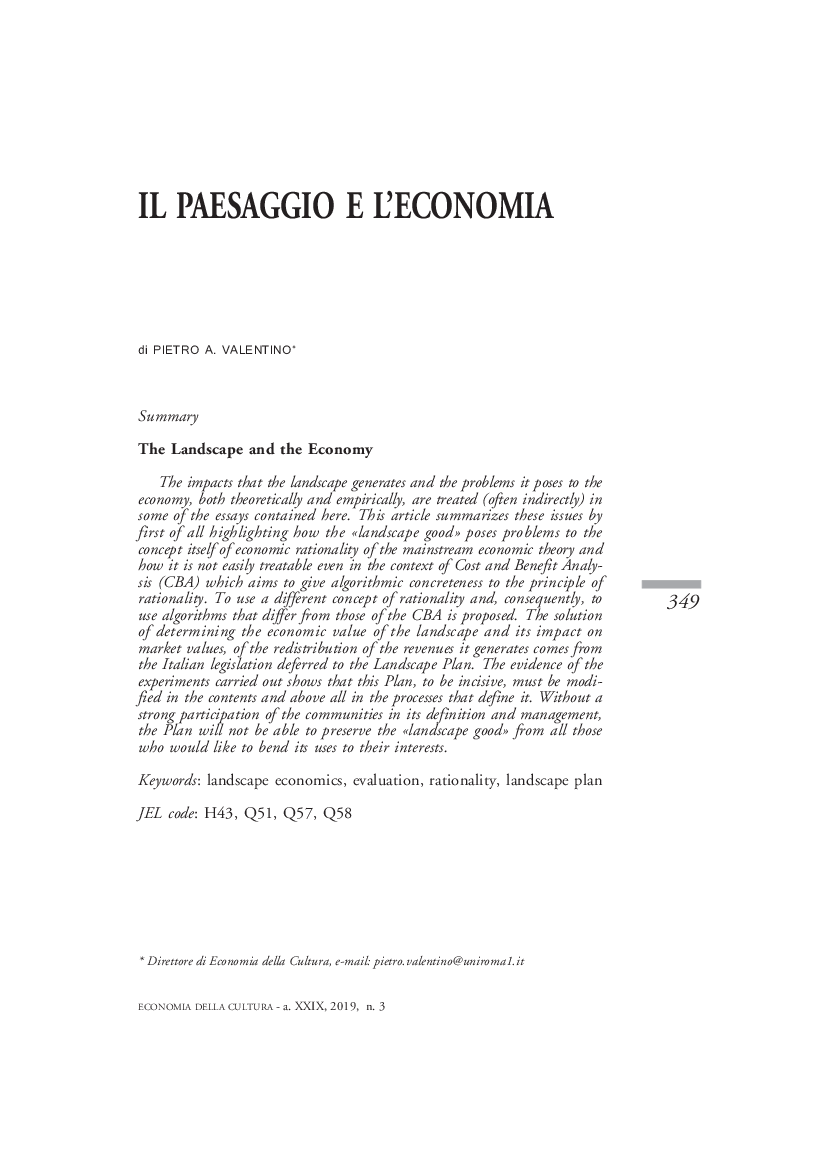