The reflection on the relationship between language use and gender equity in Italy dates back to the late 1980s with Alma Sabatini’s research Il sessismo nella lingua italiana (Sexism in the Italian language) (1987) and her Raccomandazioni per un uso non sessista della lingua italiana (Guidelines for a non-sexist use of the Italian language) (1986). Until recently, the issue has remained out of the broad political and cultural discourse, limited to academic research and feminist thought. In recent times, the issue has regained a broader interest with alternating fortune, but has not yet been the object of coherent language policies, unlike what has happened in the largest part of the Western World, including the Americas and most European countries. This paper aims at presenting the issue of language and gender in an unbiased linguistic perspective to disseminate linguistic metacompetence in language users, decision takers, and communicators. After a brief historical introduction, it first provides an overview of Italian nominal system and then analyses three factors that we judge to be at the ground of the sexist use of Italian from the sociolinguistic and cognitive perspectives. 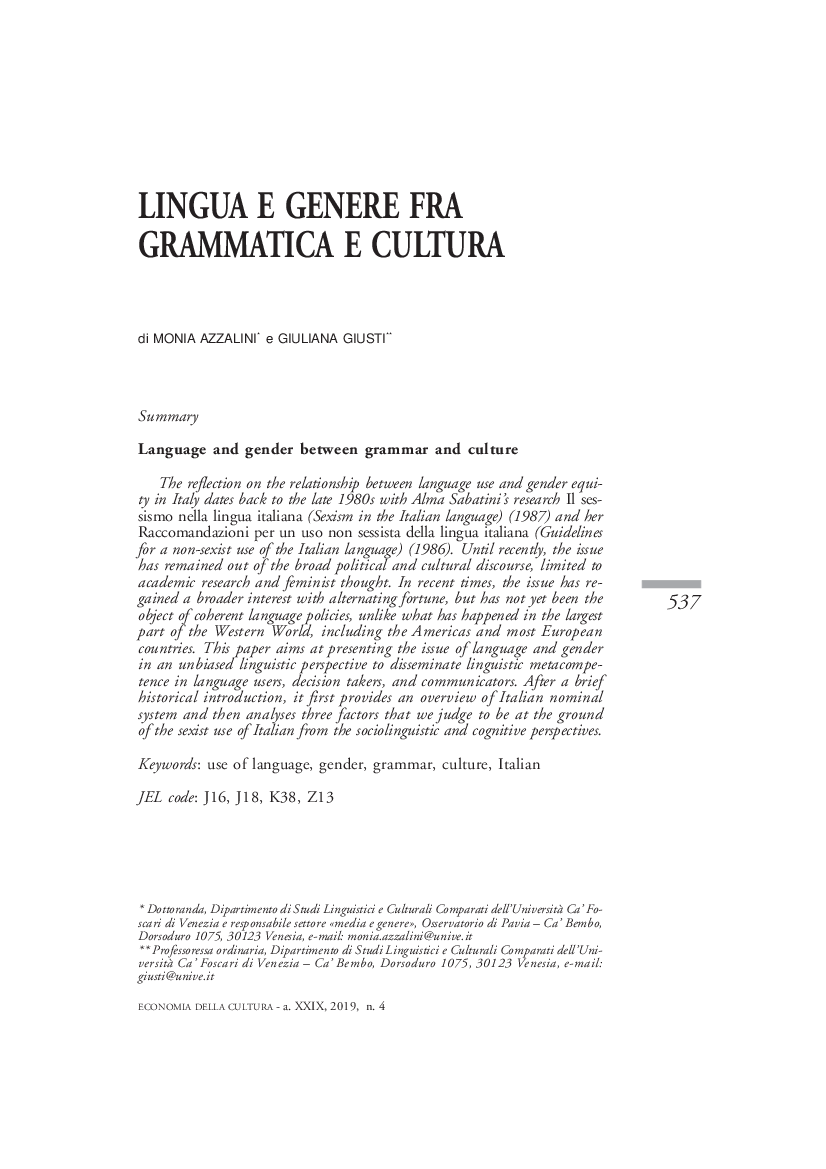