Nightlife in the city center (or the so-called movida in Italian) has become in our country a new arena of urban conflict regarding the use of public space, despite the numerous strategies implemented by local governments to limit its negative impacts. Thirty semi-structured interviews have been conducted among young and adult nightgoers of Turin to investigate their point of view on the main initiatives aimed to control the movida of their city. Namely, the focus is on different forms of law enforcement and the municipal ordinances that forbid glass and take-away alcohol consumption in public areas. The paper shows that nightgoers do not evaluate these kinds of strategies aprioristically, by refusing any governance of the movida. Instead, building on their direct experiences, they diversify their opinions according to the positive and negative consequences produced by each measure. In general, the different generational impact of these initiatives is evident since they are primarily directed towards controlling young people’s practices and spaces. 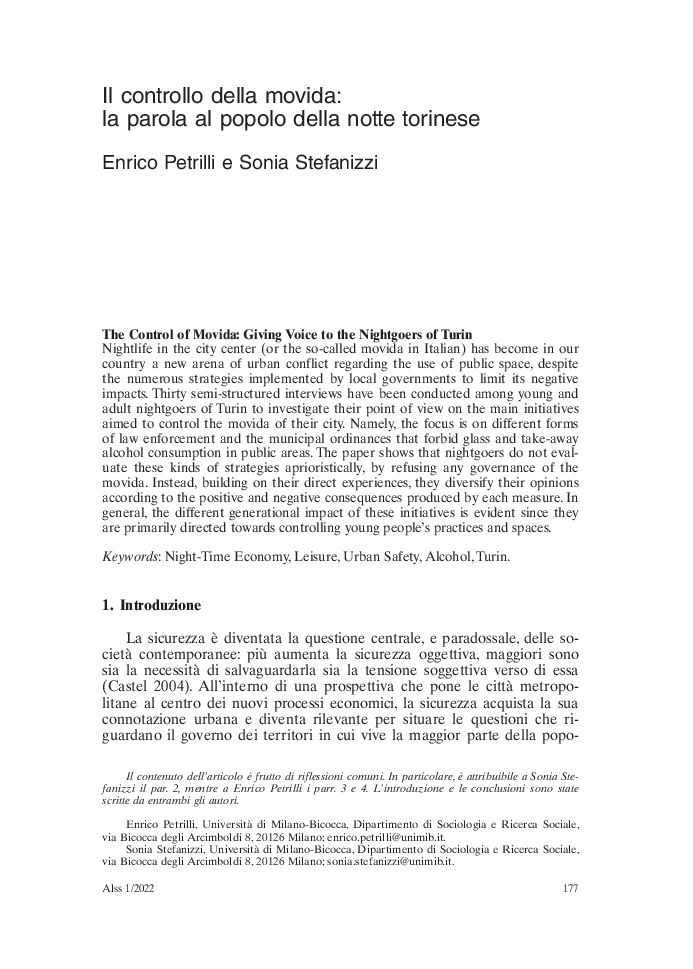