The article moves from the results of an empirical research on domestic violence in the metropolitan area of the city of Milan that we have conduced in Autumn 2008. In this research, in particular, starting from the everyday experience of privileged witnesses (such as judges, lawyers, social operators and policemen) the main goal of the research was to reveal the old and new dynamics of the phenomena, and to define new strategies and policies of prevention and contrast that should suit well in the specific context of the city. The research method adopted has been the qualitative one, and the aim has been to re-create the so called "culture of domestic violence". In this article we have analyzed the empirical results, confronting with the interpretative frameworks and models offered by the existent literature on domestic violence, dividing the analysis between the social-affective context of the family (and its evolution) and the genealogical reconstruction of the normative sphere, the different legislations and the political debate on this field. The main attempt of this article is to create some explanatory hypothesis of the persistence of violence and its "resistance" to the changes of the society of the last fifty years. Our purpose is to follow the idea of a sort of "missed emancipation", with a persistence of symbolic violence in society, that may be contrasted better by a "culture of rights" than by a "culture of repression". 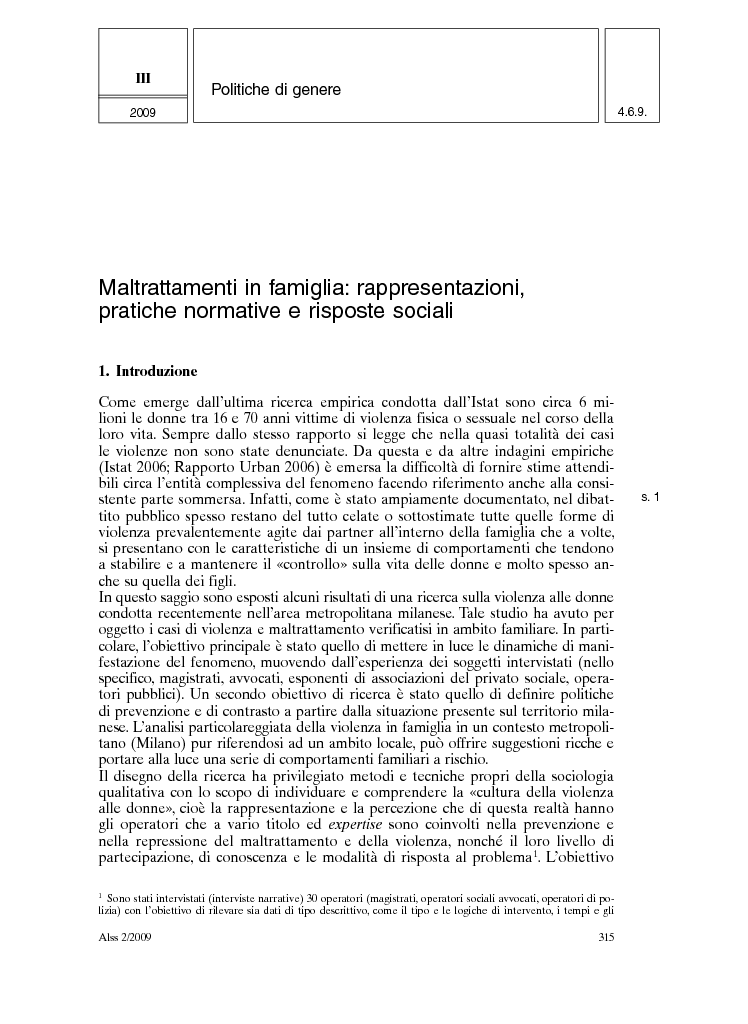