The contribution offers some elements in order to highlight the instrument of restorative justice in our country, its constitutive features, its applications and its criticalities. In particular, the focus is on the analysis of those cultural and structural resistances which limit its promotion within prisons. The first part presents the fundamental characteristics of the restorative justice approach. In the second part, the authors draw on some of the categories belonging to Pierre Bourdieu’s sociology to analyze the obstacles that such a model encounters when confronted with prison. Concepts such as symbolic violence, habitus, the role of the State, the antinomy of domination, are particularly useful for observing how the prison only rhetorically authorizes the reparative instrument, but in fact maintains the material and symbolic monopoly of its punitive function. 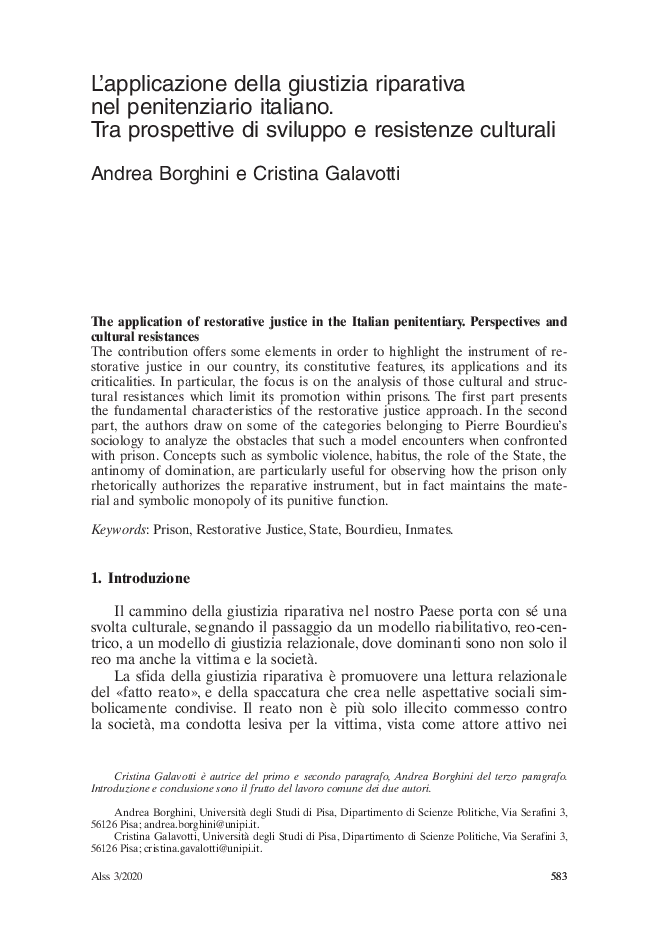