This article intends to historicize the ongoing disputes around the Western Wall in order to investigate the relationship between the sacred and power with reference to the Kotel and, more generally, to the Jewish holy places located in Jerusalem, particularly within the Old City and its immediate surroundings. More specifically, the aim of this essay is to retrace and analyse the actions, strategies and practices through which the Israeli government – and, before 1948, the Palestinian Jewish leadership – contributed to the elaboration of a discourse on the sacredness and Jewishness of Jerusalem, in order to justify and legitimise its political ambitions over the Holy City during the 20th century and the occupation of the Old City and East Jerusalem after 1967 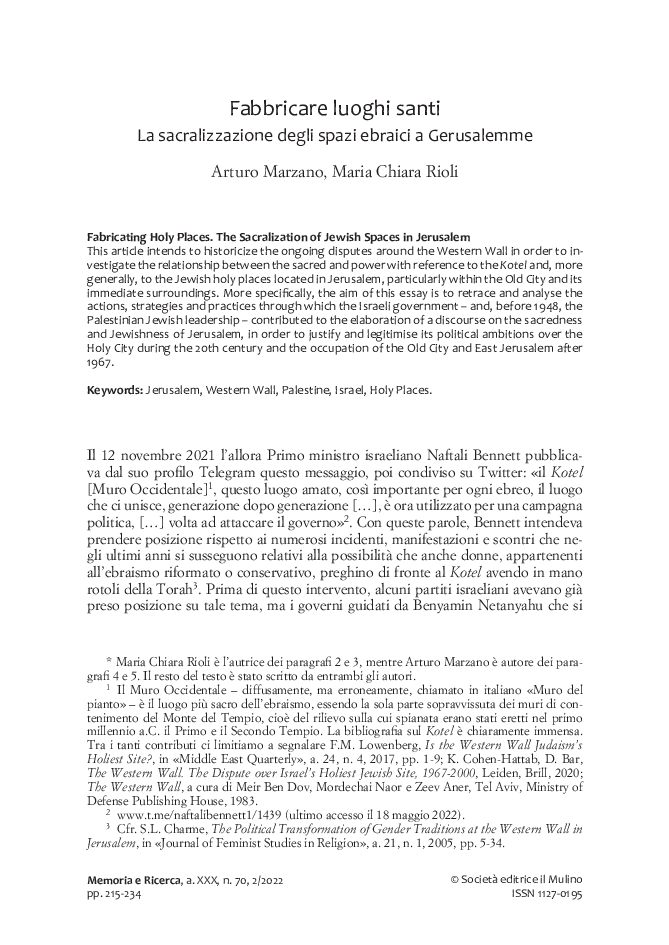