This paper aims to analyze the relationship between «sacred» and political spaces in postwar Japan. The city chosen as case study is Tokyo, where the way in which religion and politics came to be intertwined after 1945 is most distinctly shown, especially due to events connected with two Shinto shrines: Meiji jingū, the shrine worshipping Emperor Meiji and his wife, and Yasukuni jinja, which commemorates the spirit of the Japanese who died for their country. After clarifying the political context in which both shrines were established and the development of «State Shinto», the focus will shift on two crucial moments in postwar Japanese history: the Occupation period (1945-1952), when secularity and religious freedom were redefined on the basis of a radical democratization of the State and the eradication of «State Shinto», and the period extending from 1966 to 2006, characterized by disputes surrounding Yasukuni shrine and the activities held at Meiji jingū, which contributed to the re-emergence of the problematic relationship between the sacred and the political. 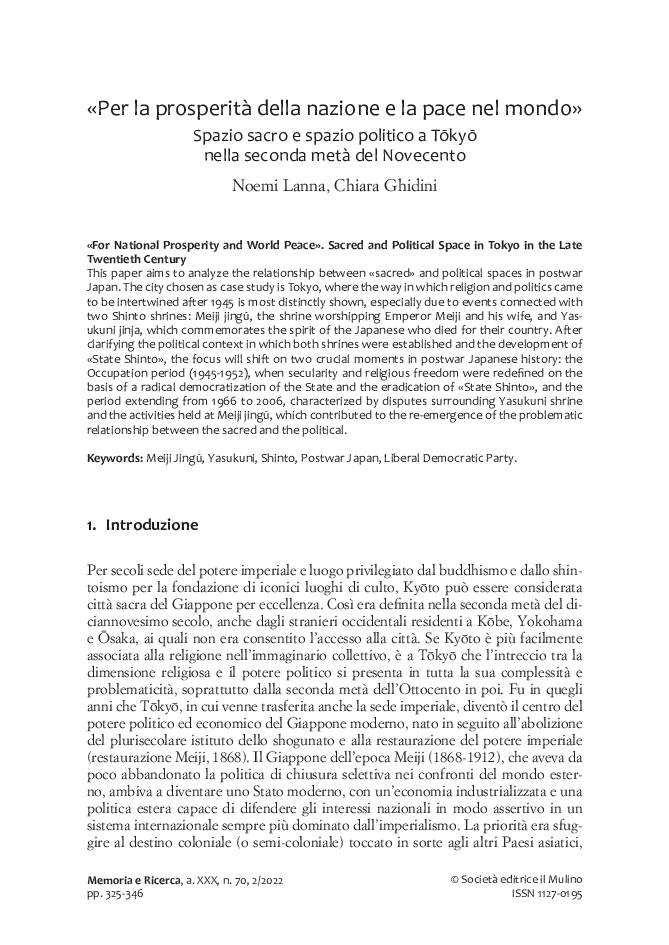