Devotions and saints, cults and pilgrimages still occupy the religious scene at the Millennium. They challenge the classic Weberian account of "disenchantment" as a unidirectional tendency of modernity, and the typical belief of Post-Conciliar Catholicism that popular religion was destined to be overcome by an "adult" Christianity. In this framework, the John Paul II's pontificate has contributed decisively to the revival of traditional devotions through modern tools. They have conveyed eschatological tensions, relationships with the States, ecclesiastical policies, family ethics, and commitment to peace, especially in the aftermath of the Soviet Empire collapse. The massive spreading of religious devotions in the contemporary age has been yet fueled by the increasing space that the media have given them, but also by the mass tourism and, within it, the practice of the weekend: mass phenomena that have revived the experience of the pilgrimage between religion, art, culture and nature. 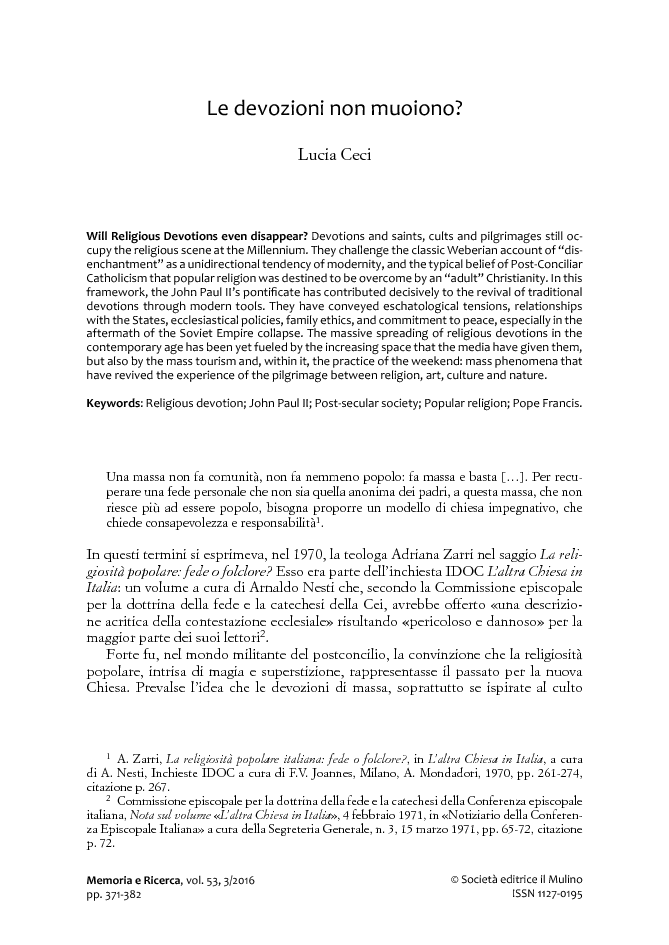