This essay concerns the 1931-32 trial of Monreale, sued the Mafia-matrix association, which was called «Associazione di Monreale e territori limitrofi ». It is an important exemplum of the trial season originated by the repression of the Mafia phenomenon perpetrated by the fascist regime between 1926 and 1932. An essential characteristic of both trial and repression season is that the investigations and preparation of such trials not only reconnect to precedent trails, but also they proceed backwards, merging penal procedures of previous decades in the trial. In this way, we can get to know some peculiar aspects of the mafia phenomenon in this area, before the fascist regime. In this essay much more attention has been given to the relationship and connection's kevel among the various clans, and also among the single exponents of the local mafia. The image which comes out from investigators' work and inquest concerning this trial is a mass of cosche structured in a connective tissue. Instead of a hierarchical and pyramidal organization, as the investigators wanted to demonstrate, it was an ensemble of mafia groups held together by a network of relationships and converging interests. In outlining the whole trial, from the first arrests made by Police in February 1928 up to the appeal trial, it has been conducted a dialogical interaction among sources of different nature, such as archival, journalistic and bibliographic sources, paying attention to the propagandistic and political contest in which the trial phases took place. 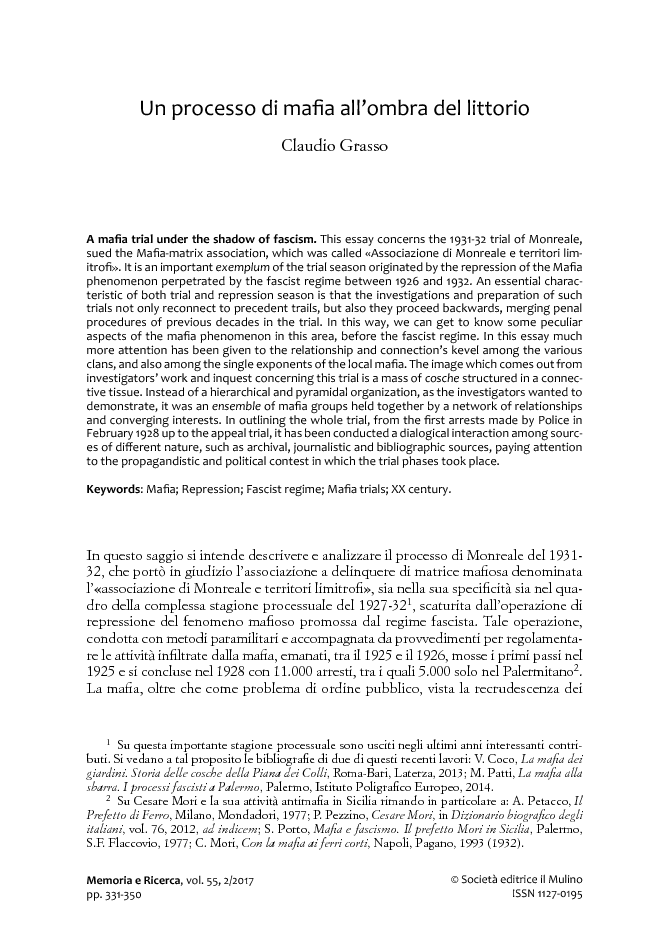