Although the Romanian community is one speaking a Latin language in a prevalently Slavic area, anti-Slavism has never been the main connotative element of its self-perception. Nevertheless, the rejection of the Slavic tradition and culture has been present and has shown a growing relevance as long as the Romanian nation State came into existence. The complex relationship with the Tsarist Empire and with the Soviet Union made anti-Slavism be present as anti-Russianism. From the birth of the Romanian State to the Second World War, such an attitude was closely linked to the dispute over Bessarabia. Since the Nineteenth century, cultural and ideological considerations about an alleged incompatibility between Romania and Russia overlapped with the political issue. Liberal oriented intellectuals counterposed the Western tradition, including Romania, to the Eastern one, whose Russia was a representative of. Right wing thinkers, on the contrary, identified Russia and the West, blaming the tsarist Empire to have introduced an artificial modernization or to share the materialist values of that part of Europe. 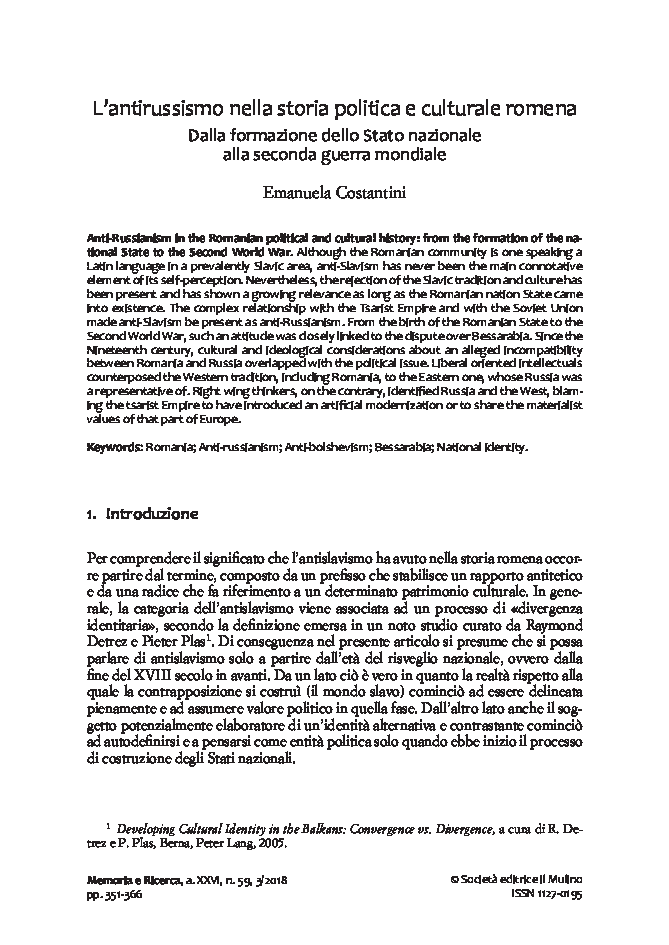