From the 1860s onwards, the Slovene press in the Austrian Littoral, in Trieste and Gorizia, notified the public in due time of each anti-Slovene or anti-Slavic action, national affront, occurring in public, on the streets, at an inn, in a coffee house or at a city council meeting. We could claim that such reporting was complementary to the expansion of the national awareness or part and parcel of the nationalist discourse. It aimed to familiarize its Slovene readers with the contents of the said affronts, reasons leading to verbal and physical conflicts, to raise awareness about their national belonging and to reaffirm the national neighbour's and competitor's malevolence. By escalating the national conflict from the nineties onwards, the Slovene political leadership started to promote the individuals' demands for legal sanctioning of anti-Slovene and anti-Slavic hate speech. This was sanctioned by the judicial authorities that were more favourably disposed towards Slovenes. The subject at hand would not be examined completely if we failed to mention that anti-Italianità was a constituent part of the Slovene national discourse. In the Slovene press, the anti-Italian discourse is intertwinned with the denunciation of anti-Sloveneness or anti-Slavism and is indicated as a result thereof. 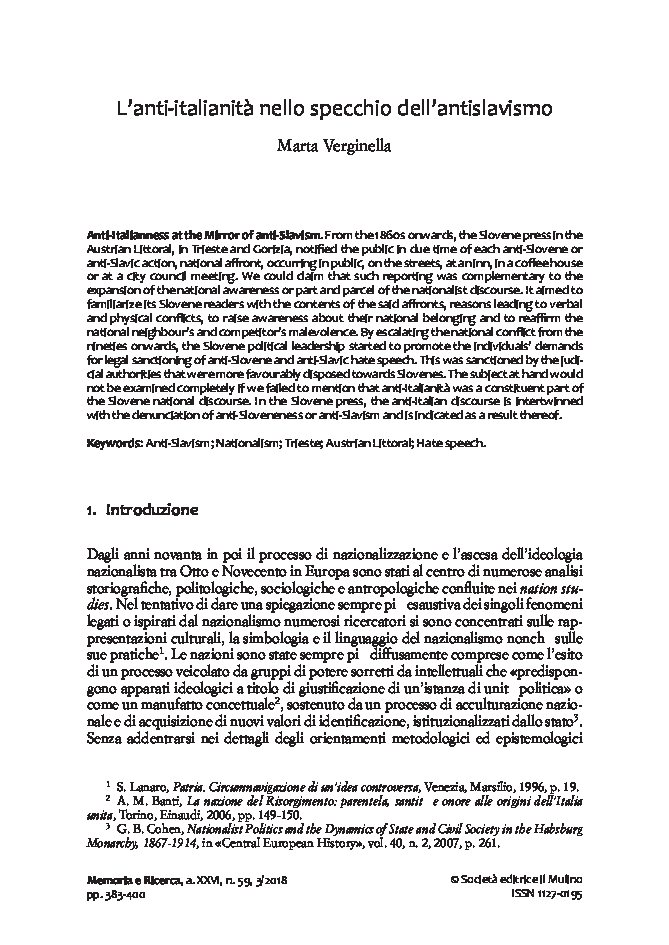