This essay examines in the long period the development of the anti-Slavic discourse in the border area of the Upper Adriatic. Through the analysis of the satirical periodicals in Italian language, from the early Twentieth century and until after the Second World War, in order to discover the main themes, stereotypes and metaphors used against the Slovenes, especially in Trieste. From the point of view of the «construction of the enemy», the metaphors adopted have often been borrowed from political anti-Semitism, present in this area since the Hapsburg period. The final aim is to understand how much of the old stereotypes of the past, such as the image of the Slovenian as uncivilized, ignorant and inhabitant of the countryside, has penetrated the collective image of the population of Trieste, creating problems in national relations between the two groups also in the fifties. 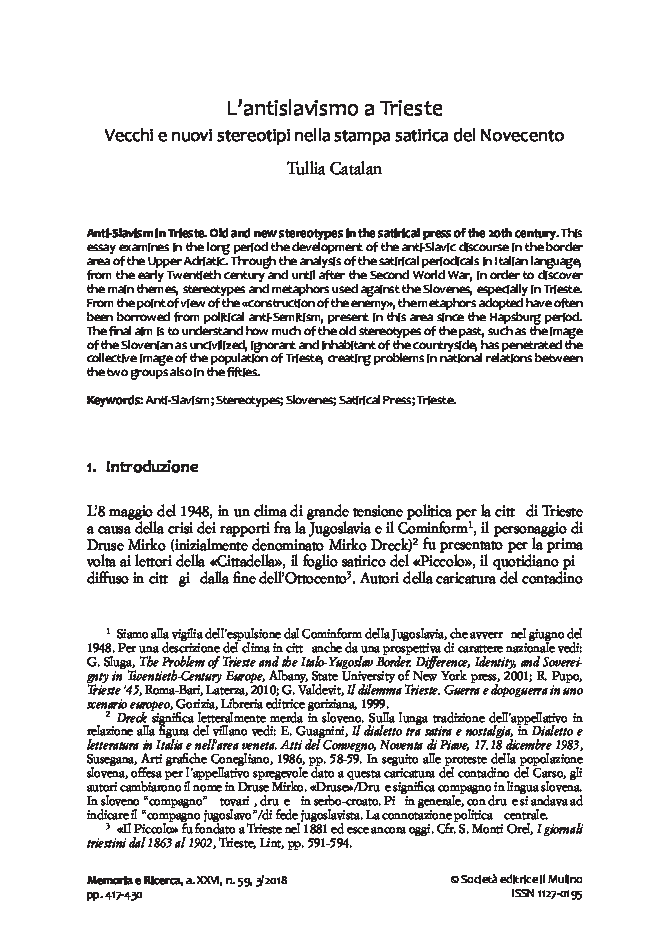