In early September 1938 the fascist regime decided to pull Jews out of schools of all levels. This happened as well at the Regia University of Milan, where racial legislation hit 38 people including professors, fellows, assistants and lecturers, who were first suspended and then permanently relieved from teaching. Those affected were scholars of high scientific standing, renowned both nationally and internationally, and who often demonstrated strong ties to the regime and cultural fascists. Hindered and unable by the anti-Jewish laws to perform their job as teachers and communicators, some decided to emigrate, both across the ocean or to Switzerland; others stayed in Italy where they were met by persecution and, in some cases, deportation. At the end of the war, amidst indifference and silence, some resumed their jobs at university, while others were not able and soon fell into oblivion. 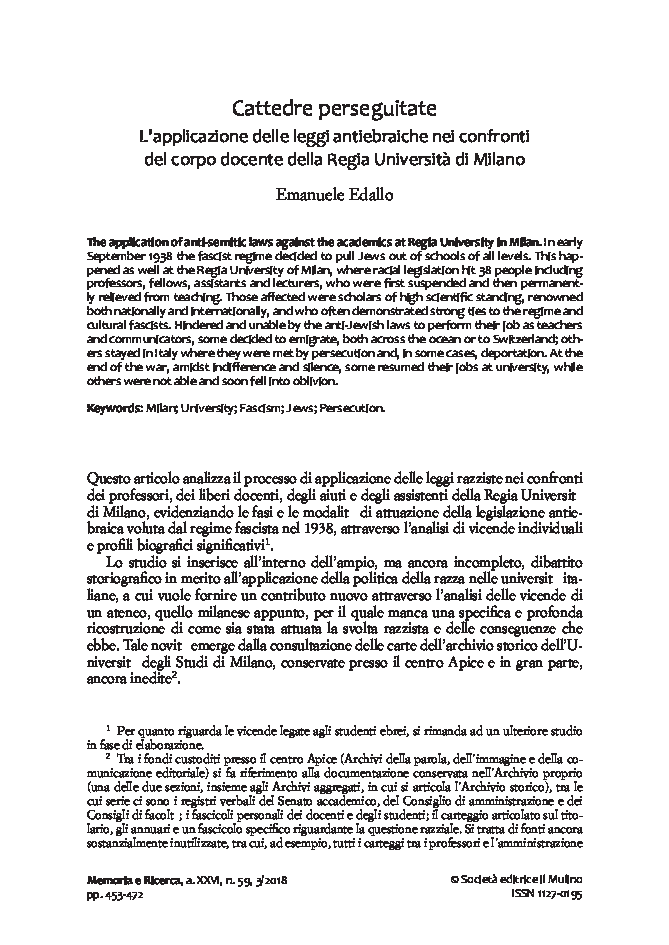