The 1968 protests stormed the world of cinema, but the "Mostra Internazionale del nuovo cinema di Pesaro", or Pesaro Film Festival as it is also known, was an unusual case compared to what happened to other festivals in Europe and Italy. Unlike Cannes and Venice, which were boycotted and forced to interrupt their programme when they came under fi re from protestors, Pesaro became an innovative workshop with some of the protestors invited onto the management committee for the approval of a series of initiatives requested by the Student Movement: the abolition of official award evenings; the screening of films in factories, people's homes and in public places; and the opening to citizens of meetings related to current issues. With these measures that lead to a sort of collective management, the Pesaro Film Festival managed to conclude its ten days of scheduled programming and became the only film festival able to go with the winds of rebellion. There were, however, clashes with the police which snowballed into a demonstration against De Gaulle's authoritarian policy in France, during which foreign filmmakers and guests present at the festival were arrested. Steps which provoked the reaction of the entire national cinema apparatus, opposition parliamentarians, intellectuals and cultural operators. The essay makes use of unpublished documents found in public and private archives, along with the rich repository of reports from the national press. 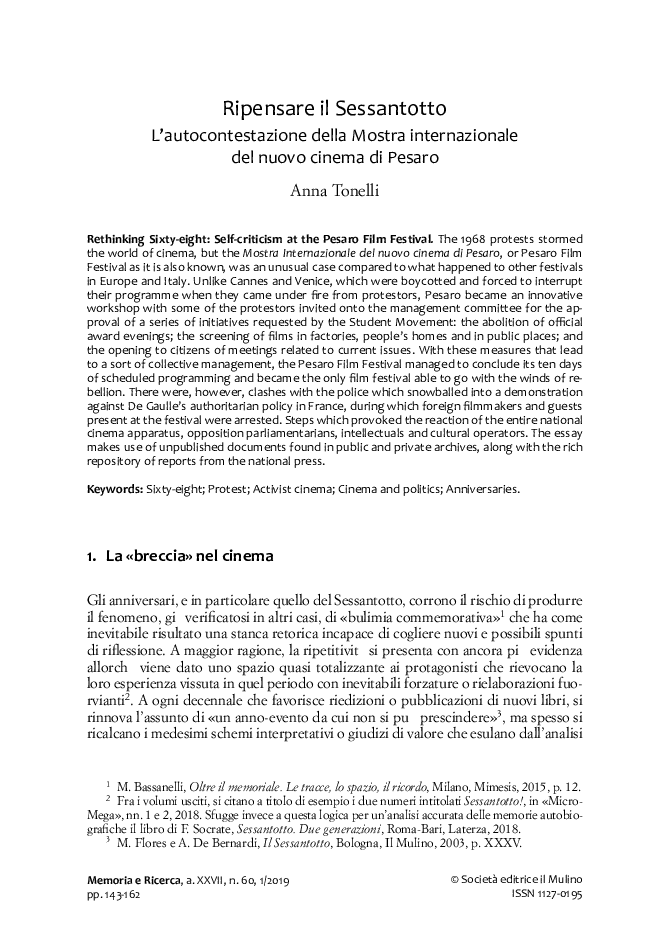