From the 1970s, terrorism, conceived in its strategical meaning (as a way to rise up against something) affected more and more relations, mostly because it was perceived by the imaginary audience as a common emergency which had to be solved in a collective stage. From this time onward, important measures and agreements in order to fight against this phenomena were discussed f.i. the European convention against terrorism, working towards political homogeneity between the countries members. A movement of protests on an international scale opposed the resurgence of the self-defense of the state, which was essentially composed by technicians of the legislation aiming at the defence of the guaranteed system of protection consolidated in the western penal system from anti-conventional conflict (terrorism). The essay explores contents, organisational means, single personalities who belonged to this anti-terrorist reaction, with a particular interest in the French scene and its connections with different European dimensions. 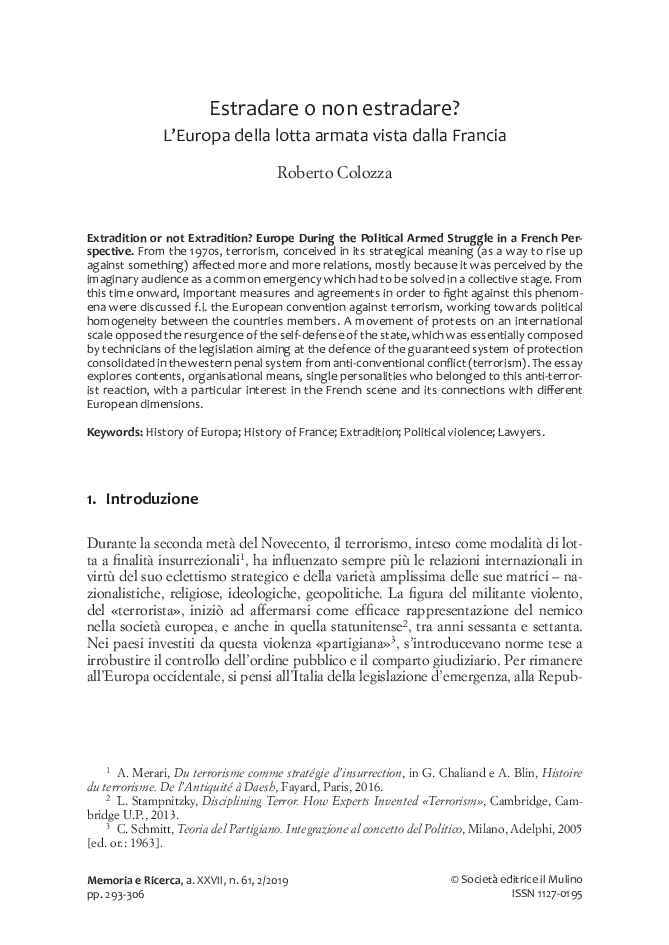