Stressed by five years of complicated government and trying to defend itself from the Communist Party's attacks on the Fraud law, the Christian Democracy (DC) was in serious difficulty towards the political elections of June 1953. In this context the Anti-communism propaganda was seen by the DC as an instrument to keep together their electorate. One of the initiatives in this regard was the organization of the "Aldilà" exhibition, an itinerant show, composed by three wagons that crossed all Italy from March to May 1953, that showed how was the real People's Republics' standard of living. Officially promoted by a non-partycommittee, it wasactually organized by the DC, by the right-hand man of Alcide De Gasperi, Giorgio Tupini. But this propagandistic operation was a failure: in Rome's stop the discovery that some panels outside the exhibition were false threw all the show in discredit, giving a chance to the Communist Party for a counteroffensive. 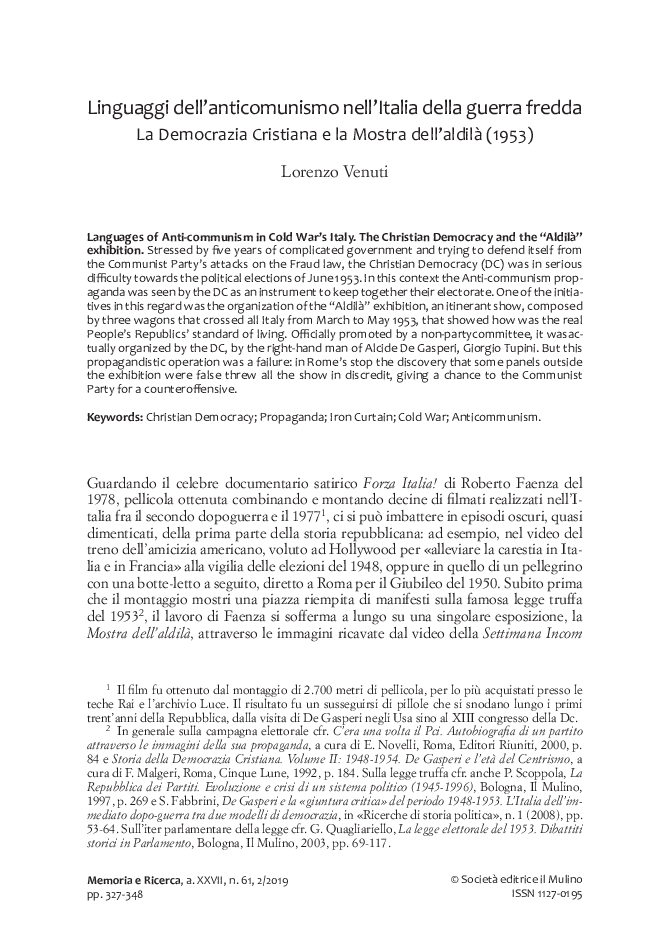