Three major technological developments changed the world in 1869, allowing for much faster communication across three different continents and between seas and oceans: the first Transcontinental Railroad across the United States, the French Atlantic Cable, and the Suez Canal in Egypt. Each of these technological feats, though, was also strictly linked to different and competing agendas of imperial and colonial expansion and of territorial and maritime control pursued by the world’s great powers. This essay argues that, by 1869, the previously widespread Euro-American worldview that had combined the cause of nation-building with the cause of progress had morphed into a novel and complex Euro-American ideology of «Progressive Imperialism», which justified the rule of empires with the extension of progressive institutions and progressive technological advancements. Yet, behind this veneer of optimism associated to the achievements of «Progressive Imperialism», the shrinking of the world caused by the sudden spread of technological changes in transcontinental communications also led to a great deal of anxiety for those who saw those changes as powerful instruments in the global expansion of capitalism as a system of imperial exploitation. In turn, the anxiety caused by the 1873 economic crisis showed the limits of the project of economic and political globalization pursued by the Euro-American powers according to the ideology of «Progressive Imperialism». At the same time, as a result of the worsening of the conditions of the workers worldwide, this also led to a radicalization of worker movements with the rise of a global anarcho-syndicalism, while it also heralded the start of a new wave of millenarian cults. 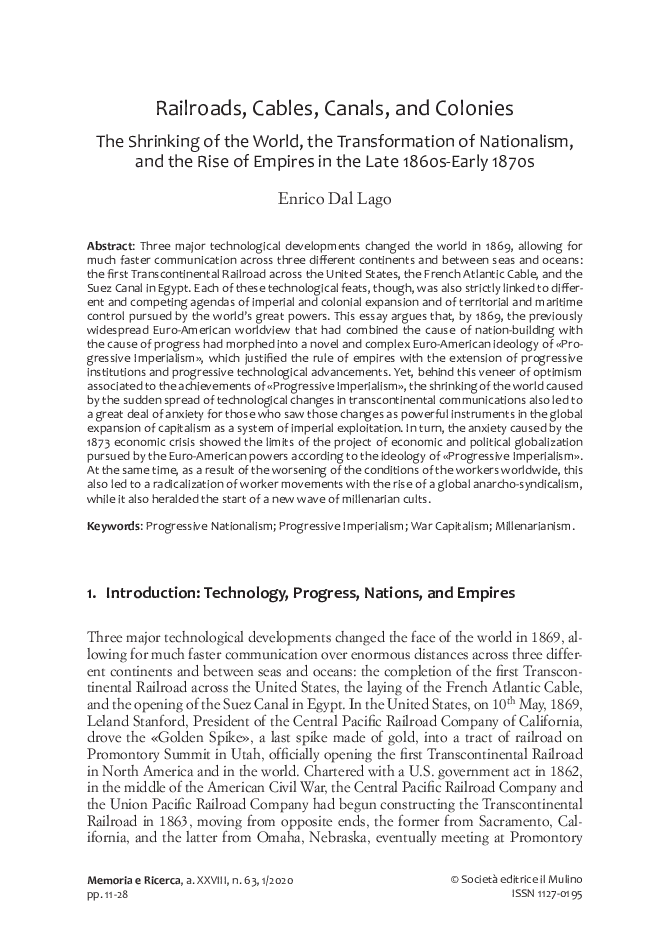