Recently the historiographical revision has questioned the consolidated interpretation of the Habsburg Empire, founded on the idea of backwardness, anachronism, conflicts between nationalities, inevitable decline, deepening the theme of the relations between state and society. Especially in the last decades of the Empire’s life and particularly in Cisleitania, a complex system of negotiations and compromises has marked relations between the center and the periphery. The mediation role played by the bureaucracy is part of the Josephine tradition and supports the progress of the rule of law (Rechtstaat) also in the Habsburg Empire. In the Koerberian era, the high civil service corps replaces temporarily the parliament and his work is no longer read simply as an authoritarian project but as a «bureaucratic government project» that tends to build a modern and reformed welfare state, to bring state and society closer and to reduce nationalistic tensions. The growth of the administrative state in Austria positively inserts the Habsburgs final decades in European history and opens up interesting prospects for comparison with other states that experience similar approaches in the relations between institutions and citizens, such as Giolitti’s Italy. 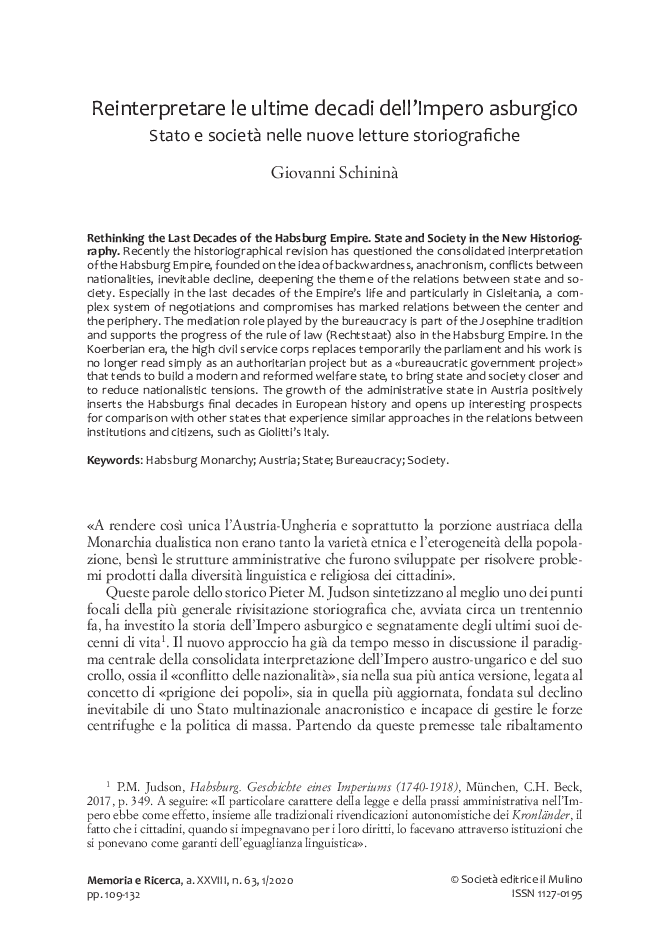