In the declination of «modernity», the skyscraper had the ability to condense multiple meanings and representations in the collective imagination. In the article we wonder about the «translation» of the US model of skyscraper on the Adriatic Sea coast, where vertical architecture reinterpreted the classic tradition of towers and lighthouses. Between Milano Marittima, Cesenatico and Rimini, through a «reciprocity of looks» between the industrial metropolis (Milan) and the «seaside metropolis» of Romagna, the «skyscrapers of the sea» represented symbols of Italy of the economic boom and mass tourism. Between sea and sky, a solitary and modern «large tower» reinvents the model of the «vertical city», in reinforced concrete and with suggestive colors, embodying a history of more than fifty years of multiple imaginations (between architecture and cinema, literary nostalgia and «Poetics of the skyscraper», restoration of the Modern and youth rites of cultural consumption such as the «Pink Night»). 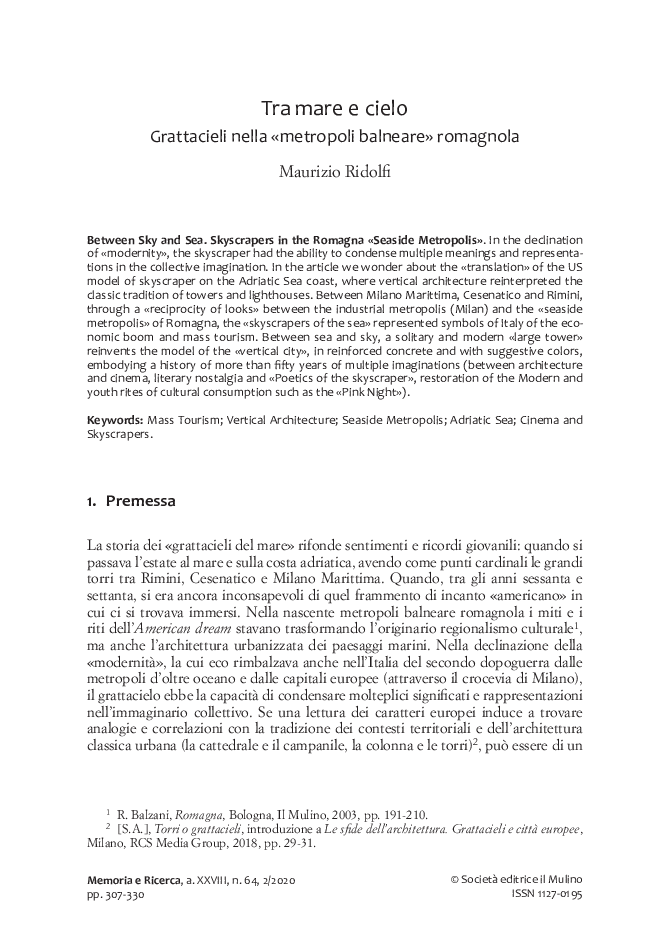