This essay analyzes the effect the poet-soldier Gabriele d’Annunzio’s occupation of the city Fiume (Rijeka) had on contemporary Croatian and Yugoslavian perspectives. This essay probes the representations of d’Annunzio’s so-called “adventureµ made by direct and indirect observers ranging from the city itself, the Kvarner Gulf, Croatia, and other capitals of the new Yugoslav state, through traces in the press, in literature, and in memoirs. By examining reactions, interpretations, and speeches, this article contextualizes the role the Dannunziad had in the political and cultural frameworks of transition, both at the local and national level. This essay sheds light on how witnesses, indirect observers, activists, and government circles lived and used the Fiume Crisis to support their own purposes and ideological constructions, including the local identifications with the city of Fiume/Rijeka, and the national identifications as Croats and/or Yugoslavs, or else. 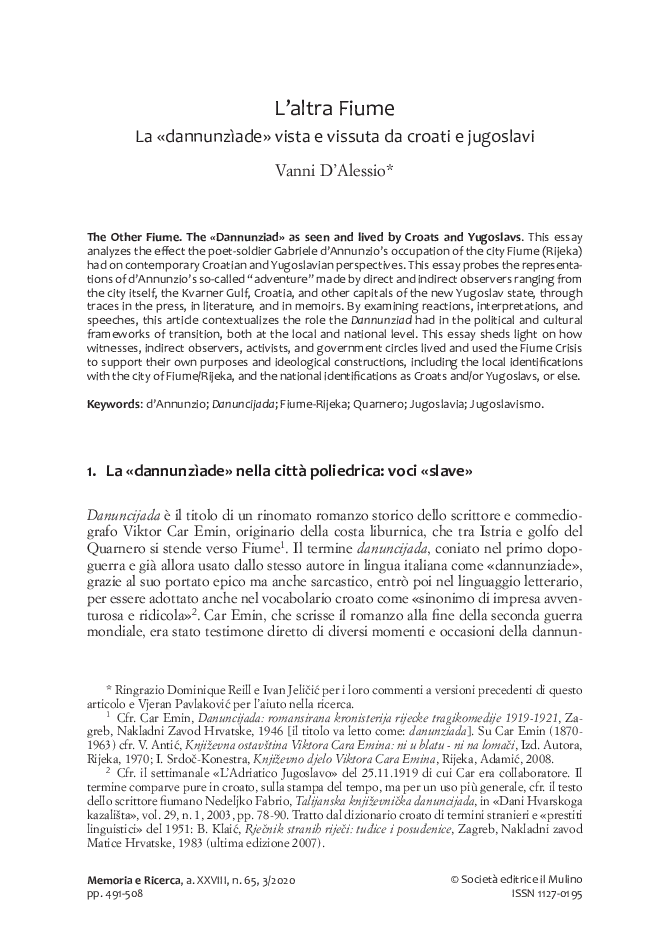