For a long time, video games have been considered only as a form of pure entertainment, designed to represent the imagination of players as a mere form of entertainment. In this article I would like to demonstrate that video games should, instead, be considered as cultural products of primary importance that reflect and condition the culture in which they spread. In historical videogames the player is in control of an avatar placed in a particularly historical lore, which he must continuously deal in terms of consistency. If videogames seem to constitute an excellent resource for a renewed pedagogy of historical narratives, it is necessary to analyse the reasons behind this vision of history with no room for ethnic and/or gender differences, in which – until a few years ago – the only female presences were reified, hyper-sexualized, object of salvation and – except in rare cases – never at the centre of heroic narration. 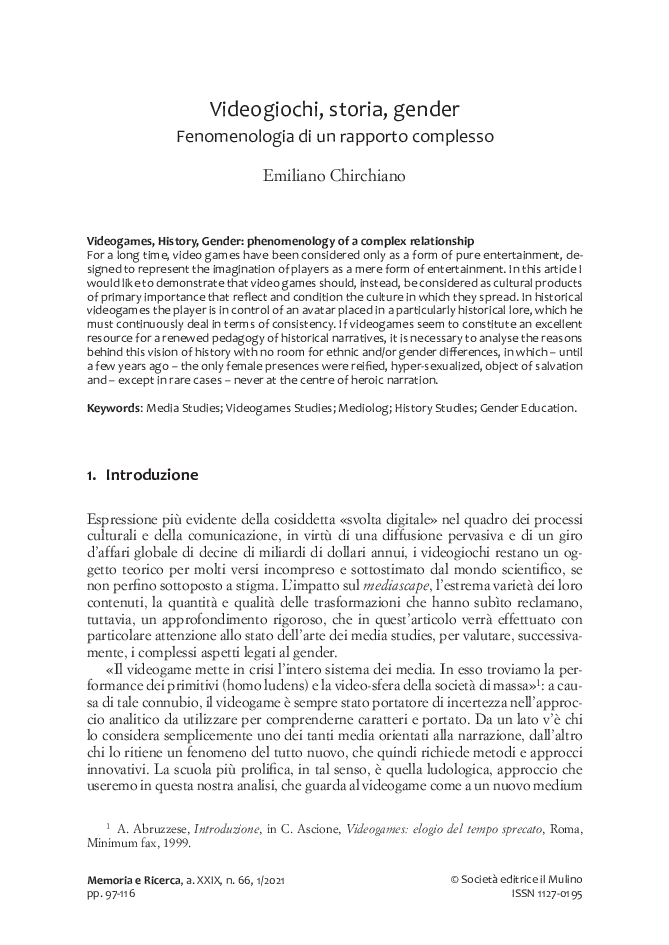