Distinguished and diverse theorists such as Benveniste, Barthes, De Certeau and Lotman have each approached the city in different ways. But while several key differences exist between them, their points of view intertwine around the concept of urban enunciation and intersect at differing points. In this study, the positions of these authors will be presented, compared and elaborated upon and the categories of linguistic enunciation of urban space will be set out, drawing from a vision of translation between languages that frequently leads, as is so often the case in Semiotics, to productive analytical models. The linguistic signs of the city will also be illustrated by examples of "short form communication", in particular those utilised by recent opening themes of US television series that revolve around notions of spatiality. 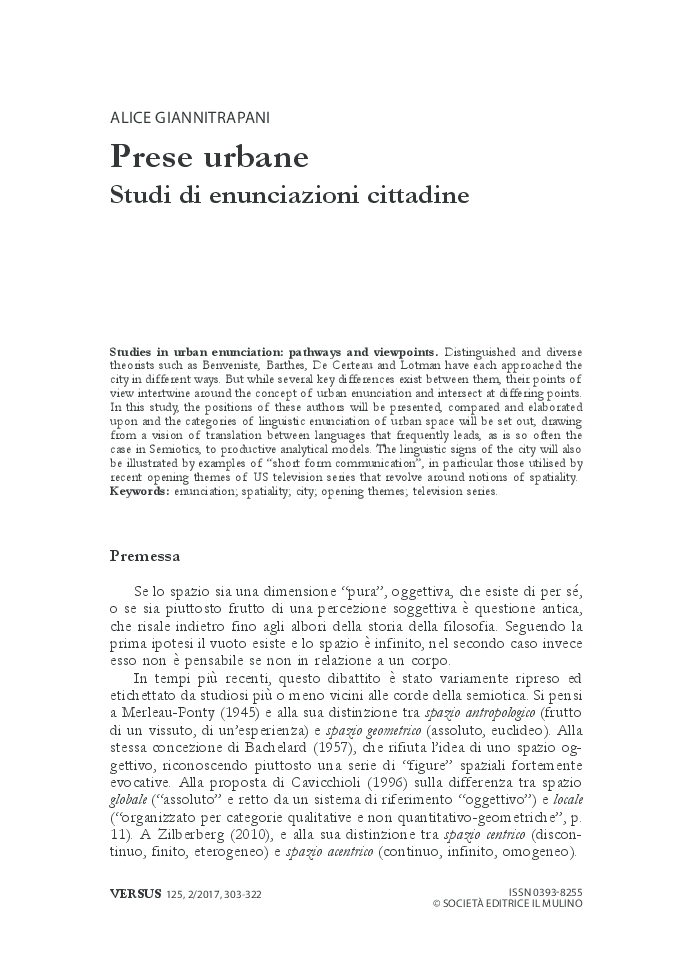