This article considers Versus through research on worlds refusing it: utopias and dystopias (e.g. More, Cabet, Zamiatine, Orwell, Sternberg, Damasio). As they are characterized by their perfective aspectuality, these worlds always seek to neutralize oppositions, which are potentiel sources of transformation. As a consequence, several expressions of the neuter appear, a syncretic version overtaking Versus and any oppositions by uniting subopposites, and a "suspensive" version erasing Versus and therefore allowing the coexistence of subopposites, by disabling opposites. Of all these expressions, there is one neutralization mode that is particularly interesting: surveillance. The asymmetry of the relationship between the one watching and the one being watched leads to internalizing the observer's view. The subject being watched splits and solves within him or herself each of the oppositions. Each subject this becomes its own panopticon, closed space in which all oppositions are neutralized. 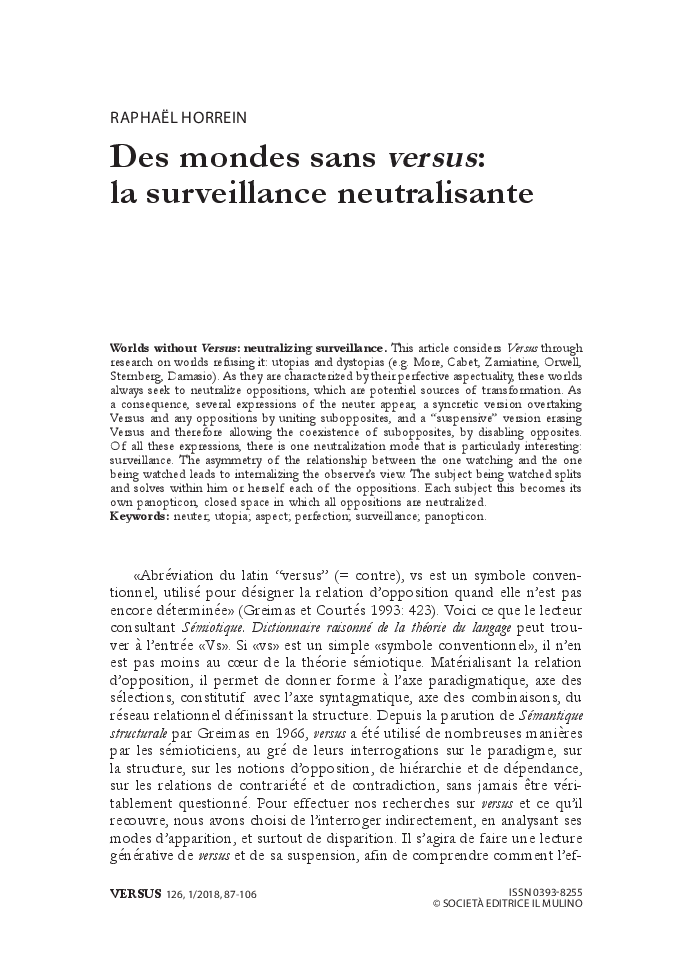