Between the 20th and 21th centuries, research on Jakob von Uexküll intensified, especially thanks to the interest shown by contemporary biosemiotics. Within this research perspective, two levels of analysis can be distinguished: first, the animal organism is seen as a semiotic subject that spontaneously constitutes the Umwelt; second, the animal's semiotic activity is an active interpretation of first-level environmental elements. Both levels are actually present in Uexküll's thought. The first is linked on one hand, to the Kantian influence on the Estonian biologist and, on the other, to his training as a physiologist; the second one shows relevant thematic affinities with the first phase of Lorenz's ethology. This paper aims to propose a clear distinction between the two levels of semiotic activity of the animal subjects, in order to highlight the originality and richness of Uexküll's biosemiotic perspective. 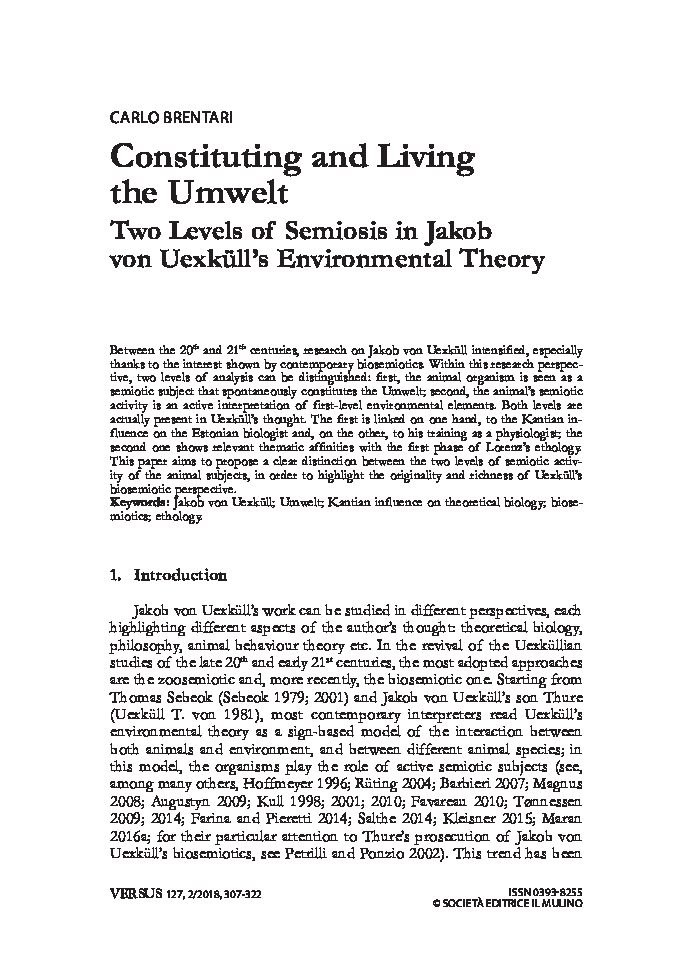