In the following article, it’s examined how the decryption procedure of ancient writings works. Ancient writings are considered as cryptography. It’s examined a text originally composed for ordinary communication. It’s a text written in a language and writing which became enigmatic. The passing of time has made it cryptically in its pronunciation, reading and meaning. The sample case is the deciphering of the Cretan Linear B. The deciphering of unknown or forgotten writing system is a hypothetical abductive and largely gambling-based artisanal process. The decipher must use compatible historic knowledge of the analysed civilisation, specific technical knowledge (linguistics, philological, glottological), historic and literary knowledge of textual genres. The result is a combination of clues and possibilities that is confirmed only by the final coherence of the hypothesis. 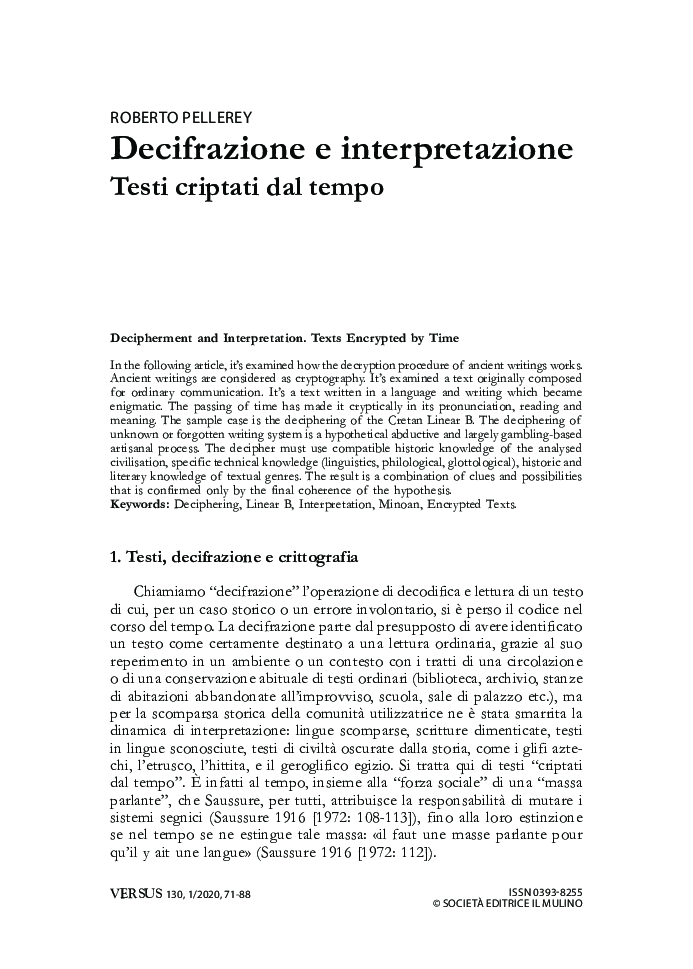