The aim of this article is to investigate the ways in which some recent serial narratives – centred on the imagination of a future world – reflect and reproduce the fragility of our present. The future is not only made present as a chronotope within which a change is inscribed, but also as a central and hegemonic value of the cultural forms and mythologies that every day we consume and reproduce. This dialectic between present and future is rendered possible by the semiotic mechanism of premediation, that is the trend of contemporary media to anticipate what will happen through the narrative development of all its possible outcomes. Following a theoretical discussion of the main categories of analysis, the article will focus on a limited but telling corpus of texts whose dynamics is further developed by their serial mechanisms, able to multiply their temporal layering and fragmentation: Love Death + Robots (Blur e Netflix 2018), Bandersnatch (Netflix 2018), and The Man in the High Castle (Amazon 2015-2019). In these series, fears and expectations for the future are rendered present both in the representation of contemporary technologies as the agents of our destinies, and in our mediated consumption of such representation. 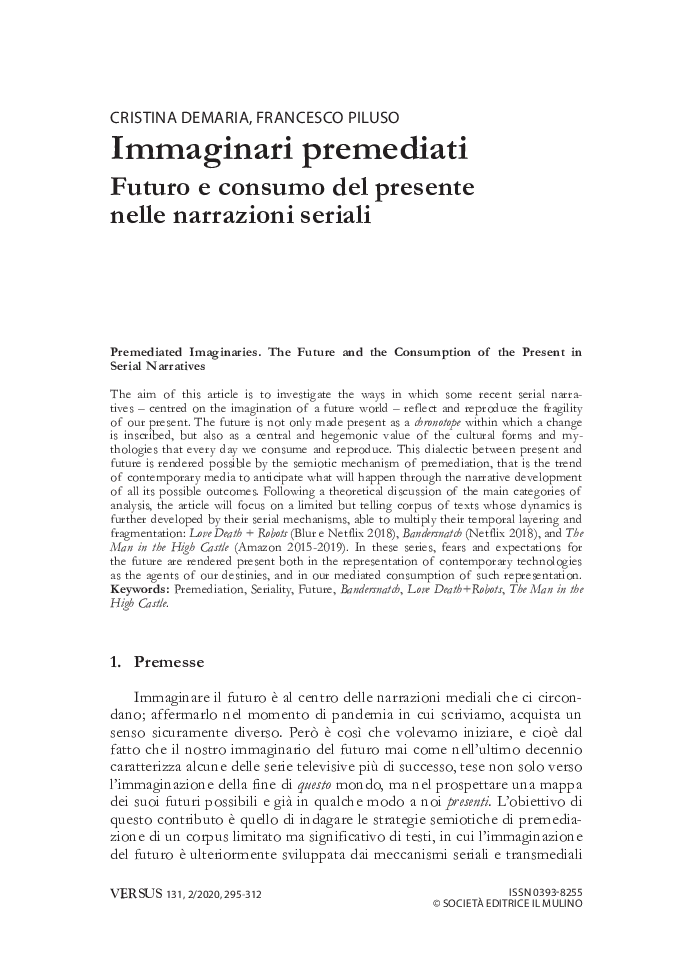